CHINA Herders on the frontline in protecting snow leopard

Herders on the frontline in protecting snow leopard

XINING, July 29 -- How to ease the resentment local herders harbor toward the snow leopard was once a headache for environmentalists in the Sanjiangyuan area in northwest China's Qinghai Province. 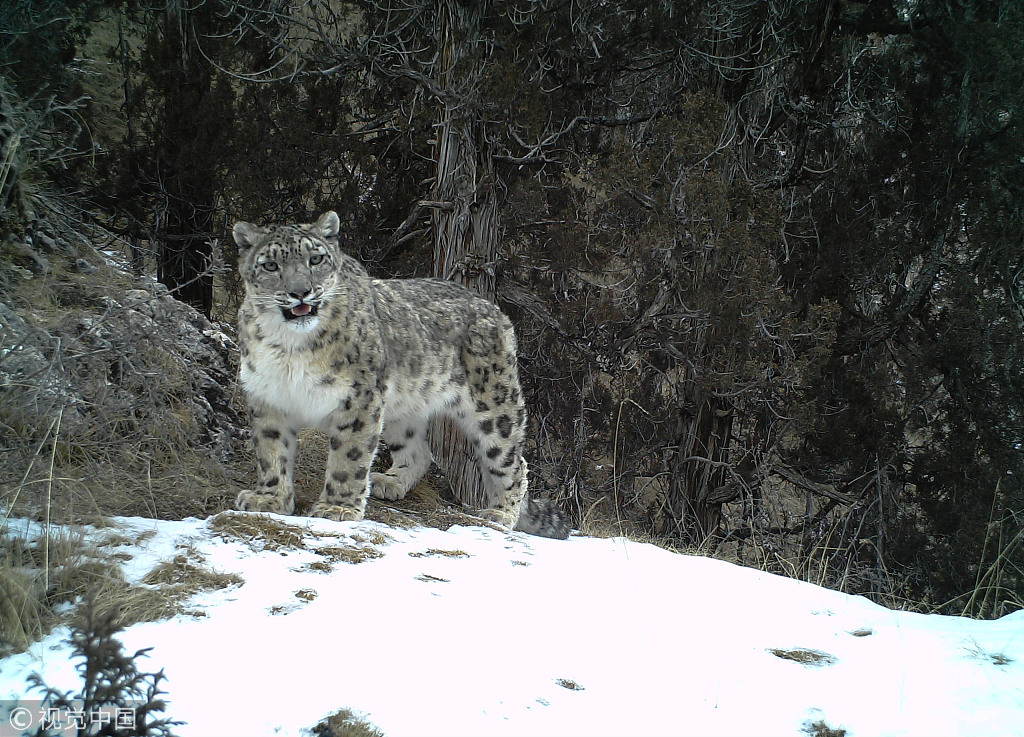 Thanks to years of protection, Sanjiangyuan, the source of China's major rivers, has become a major habitat for snow leopard, a Class-A protected animal in China. Its population in the area is estimated to exceed 1,000.

The growing population of the snow leopard, however, is bad news for the yak, its natural prey. In 2015, for every household in a village in the area, an average of 4.6 yaks were killed by wild animals including snow leopards. The biggest loss was 23.

"Conflicts between local people and wildlife are a threat to the long-term protection of wildlife," said Justine Shanti Alexander of the Snow Leopard Trust, an NGO.

This year, the management committee of the Sanjiangyuan national park, partnered with Beijing-based Shanshui natural protection center to launch a pilot insurance project in the area.

After paying 3 yuan (about 44 U.S. cents) insurance for each yak, herders get up to 1,500 yuan in compensation for each yak killed by wild animals.

Besides providing compensation, the committee and Shanshui also enrolled local herders in an observer program to share with them the benefits of protecting snow leopards.

"Herders from fifteen households have been selected as guides for visitors. The proceeds will be shared by local households, a community fund and a fund dedicated to protecting the snow leopard," said Tashi Dongdre, secretary of the Ngong Township committee of the Communist Party of China.

"It is great fun to make friends with nature observers worldwide. They are experts who have taught us a lot about wildlife protection," said Yonthar, one of the guides.

"We are trying our best to strike a balance between the ecotourism and environmental protection," said British environmentalist Terry Townshend, an advisor to the program. "We provide nature lovers with opportunities to observe the wildlife and at the same time benefit the local community."