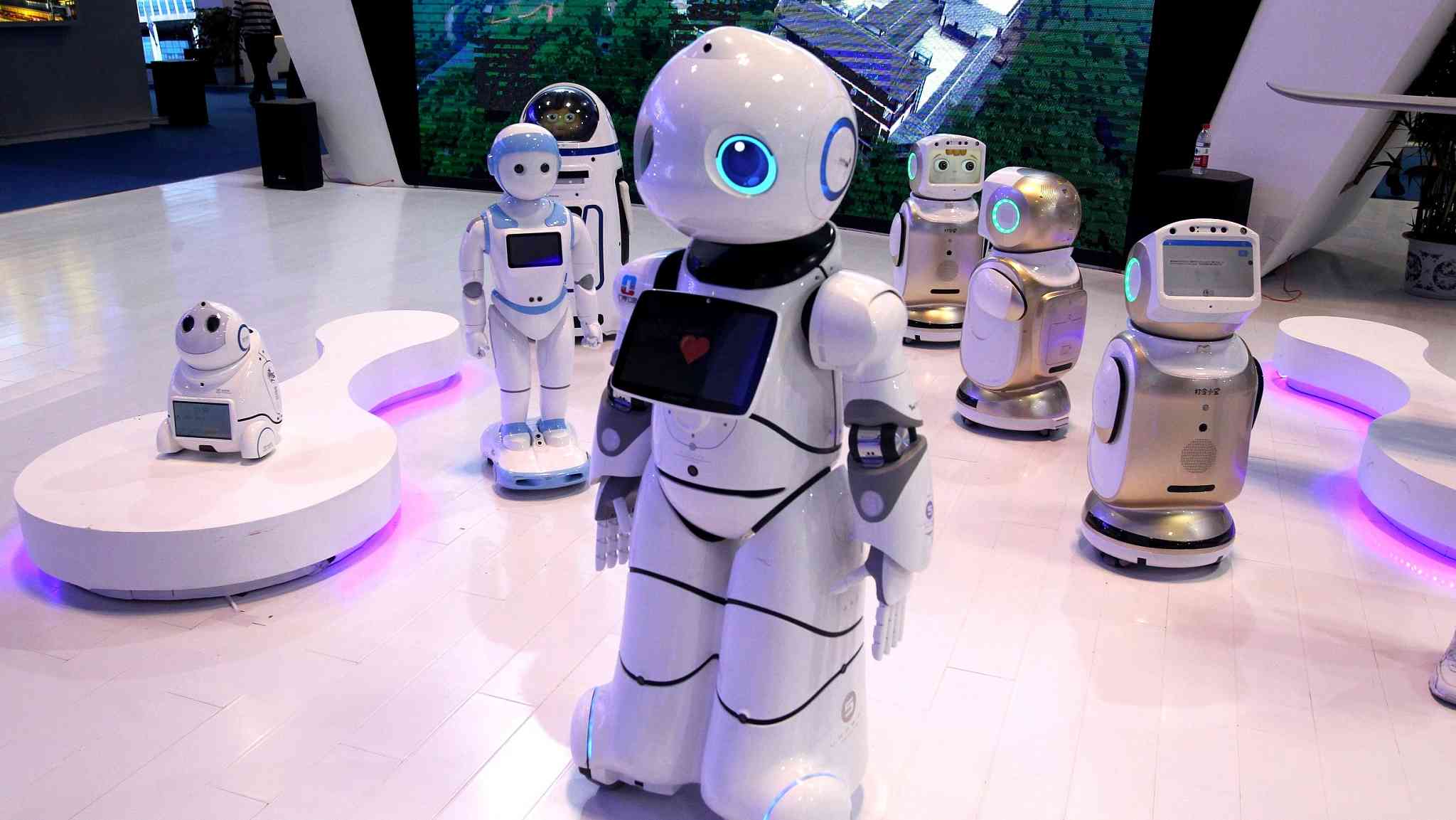 Here are the highlights from the exhibition.

A VR submersible takes you to the deep sea

“Our experience center is able to accommodate three people at one time, bringing them to experience the 4,500-meter-deep sea world, to operate simulated undersea projects and to have a closer look at the mysterious internal structure of the submersible. People with the handsets can see and interact with each other,” said one of the staff members.

The VR gadgets were made based on the Deep Sea Warrior, China’s first manned submersible, which can reach a depth of 4,500 meters and was designed to conduct deep sea exploration.

The domestically-made submersible has advantages in terms of energy efficiency, diving speed, and underwater acoustic communication compared to others.

To prepare for urban warfare with 'joint combat'

Over 10 types of drones and self-driving cars were shown on stage, ready to perform the tasks which will probably be carried out one day in the future.

The drill was set to simulate real urban warfare situations. A building was seen undergoing severe damage during the show.

Surrounded by drones and self-driving cars, the target was precisely hit based on signals sent back from these vehicles. After the shot, another drone took over the rest of the job – clearing any possible bomb threats, which was previously done by humans.

This “joint combat” show, which demonstrated the perfect collaboration between humans and machines, offered the participants a glimpse of the future.

To see an undersea drilling rig with the 'helicopter'

At the China Shipbuilding Industry Corporation (CSIC) booth, viewers had the chance to visit the jack-up drilling rig by taking the “helicopter” with their VR handset.

“After the plane takes you to the rig, you will be lowered to the certain level, where you can see the whole process of the offshore exploration activities,” another staff told the reporter.

“Lignocellulose aviation biofuel technology,” a latest technology proposed by Guangzhou Institute of Energy Conversion, Chinese Academy of Sciences, displayed how the lignocellulose in the straw was transformed into the biofuel for space use.

Compared to the traditional fossil aviation oil, this technology, which is more environment-friendly and energy efficient, helps farmers find a new outlet to manage the straw.

Organized by the Ministry of Science and Technology, and Chongqing municipal government, the four-day event focuses on China's progress in civil-military integration.