CHINA Heroic flight of Chinese pilot to be turned into movie

Heroic flight of Chinese pilot to be turned into movie 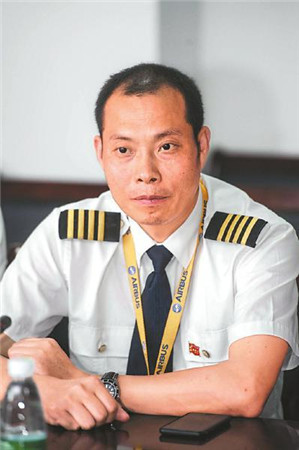 The heroic deeds of Liu Chuanjian, a Chinese pilot who was applauded after successfully handing a flight emergency, will be adapted into a movie, the paper.cn reported.

The movie will be produced by Chinese film company Bona Film Group whose application for the filming has been approved by the State Administration of Press, Publication, Radio, Film and Television.

The story is based on the real experience of Liu Chuanjian, a Sichuan Airlines' captain who in May calmly landed a flight after a 20-minutes struggle with the loss of cabin pressure. He was operating the Airbus A319 from Chongqing to Lhasa, Tibet, when a windshield suddenly broke at 32,000 feet above the ground and his co-pilot was sucked halfway out of the window and was saved by the seat belt.

Liu landed the plane safely with none of the passengers was injured.

Liu was honored with five million yuan ($730,000) prize and hailed the "hero captain of China's civil aviation". He told the media later that he was confident at the time that he could steer the plane to the nearest airport manually when the automatic systems stopped working.

Liu was an instructor with the PLA Air Force No 2 Flight College in Sichuan province for 10 years before he joined the airline in 2006.