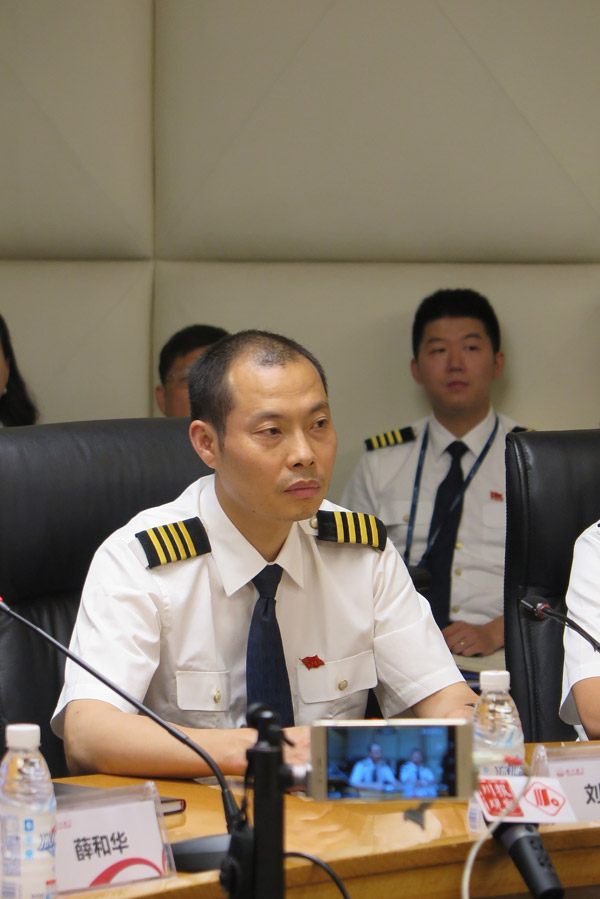 Liu Chuanjian, the pilot for Sichuan Airlines Flight 3U8633, has been given the honorary title of "CAAC Heroic Captain" and an award of 5 million yuan ($780,872) at a meeting held Friday.

As Liu flew the Airbus A319 over Chengdu on May 14, the right-hand side of the cockpit window broke, and his co-pilot was almost sucked out. Liu landed the plane at the Chengdu airport, and all crew members and the 119 passengers are safe.

At the meeting held by the Civil Aviation Administration of China and Sichuan provincial government, the crew of Flight 3U8633 was honored as the "CAAC Heroic Crew."