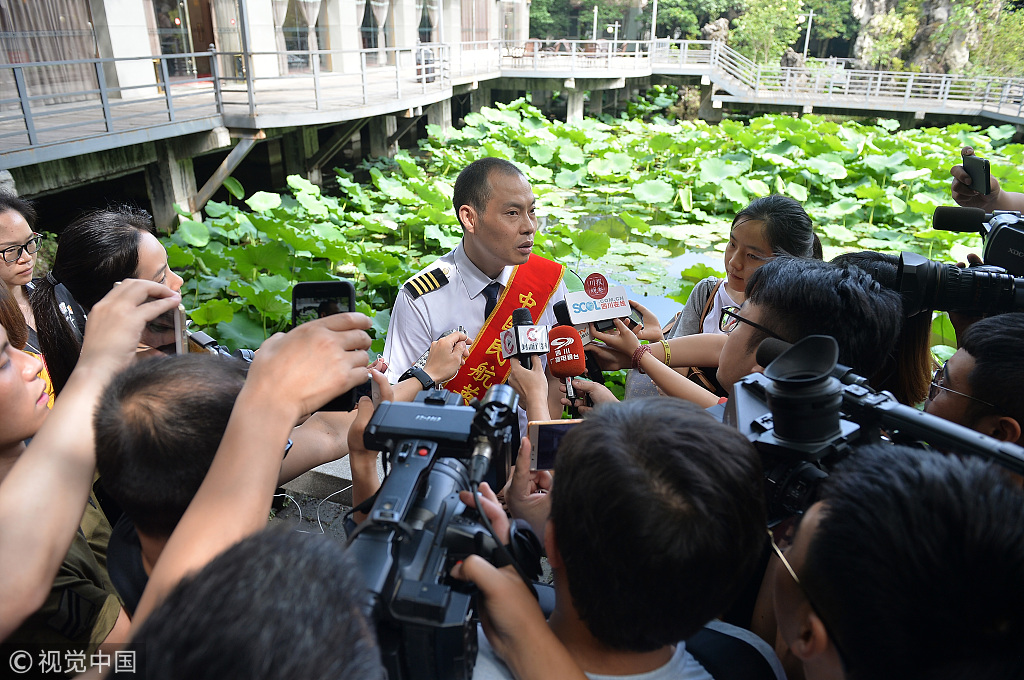 Liu Chuanjian, a Sichuan Airlines pilot, was awarded the title of "hero captain" on Friday, for his role in making an emergency landing after the cockpit window broke in flight while carrying 119 passengers.

Liu received five million yuan (about $780,000) from the Civil Aviation Administration of China (CAAC) and Sichuan Province. The cabin crew was also awarded the title "hero crew" and its members received one million to two million yuan each.

On May 14, Sichuan Airlines Flight 3U8633, en route from southwest China's Chongqing Municipality to Lhasa, capital of Tibet Autonomous Region, was forced to make an emergency landing after its cockpit window broke.

Liu and the cabin crew's professional reaction ensured the safety of all passengers and crew members on board, according to the CAAC.