Guizhou High People's Court has overturned the original verdict in an almost decade-old case in which a man was convicted of killing his wife and son, and sent it back to a lower court on Monday for retrial. 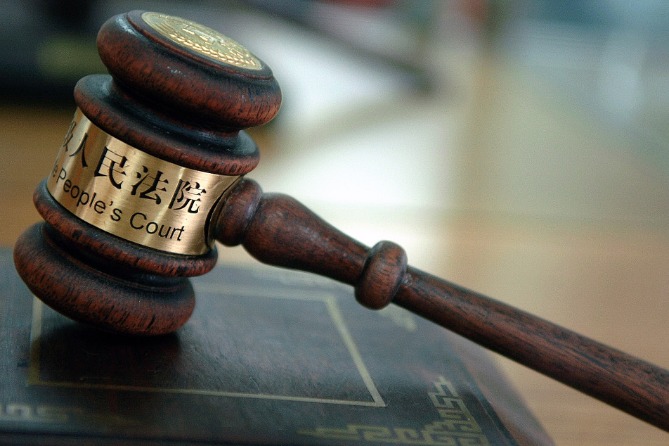 The high court said in a statement that it made the decision after it reviewed the case on Thursday and found that procedural violations in previous trials made the conviction problematic.

In 2001, Li Yuqian, then director of the iron casting workshop in an iron and steel company in Liupanshui, Guizhou province, was accused of killing his wife and son and mutilating and burning the bodies with his mistress, according to a report in ThePaper, a Shanghai-based online news portal.

Li was sentenced to death for the crime of intentional homicide by the Liupanshui Intermediate People's Court, while his mistress was sentenced to eight years in prison for covering up the killing, the report said.

Li appealed to the high court and in November 2001 it overturned the verdict on the grounds of insufficient evidence and returned the case to the intermediate court for retrial, it said.

In December 2003, the intermediate court upheld Li's conviction, but changed the sentence to a suspended death sentence, it said.

A year later, that verdict was upheld by the high court, even though Li still disagreed with it, the report added.

Li continued to appeal while serving his prison term, and his parents-in-law helped him appeal by submitting materials to government departments in the city because they also questioned the verdict and thought it was problematic, it said.

Li's lawyers insisted on his innocence "because we found Li's conviction was made just based on oral confession, and the confession to the crime might have been made when he was illegally detained," Xu Xin, one of the lawyers, told ThePaper.