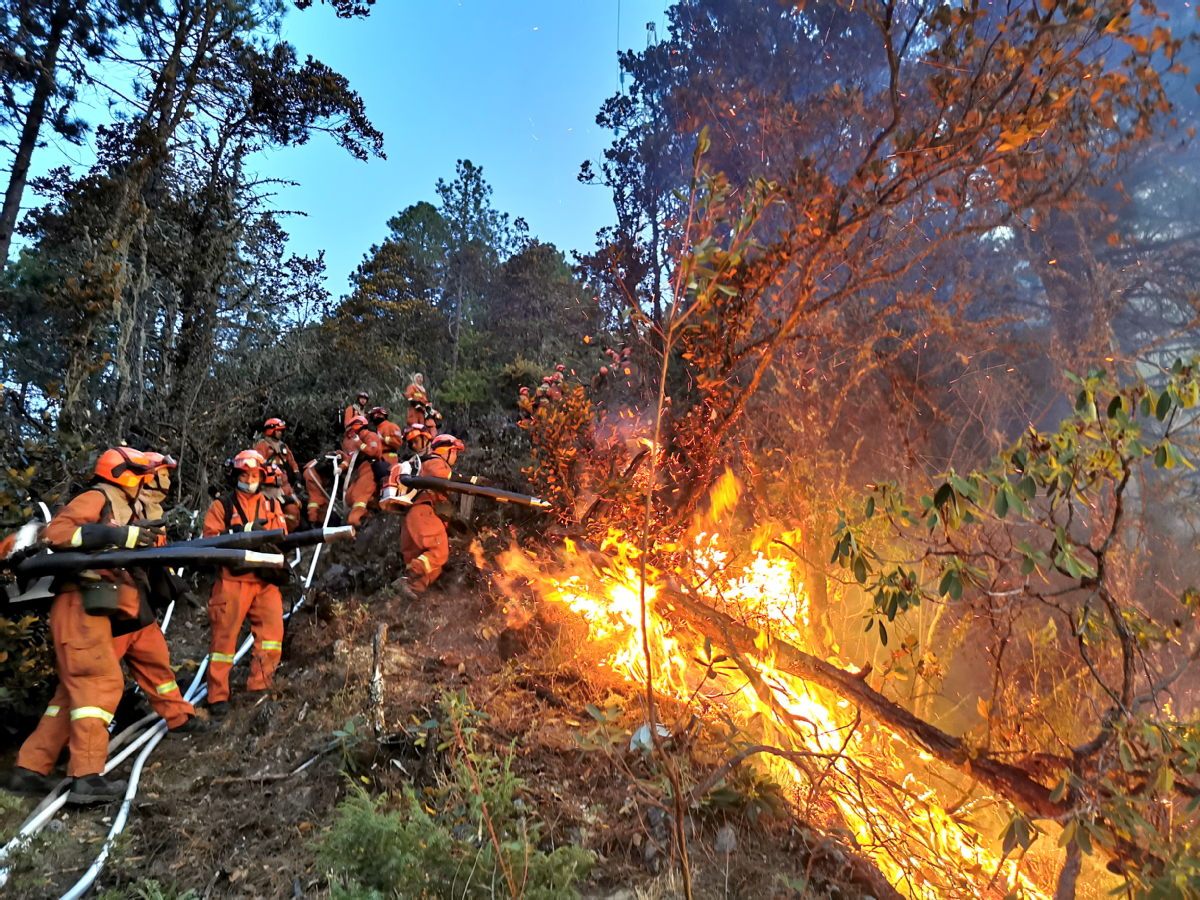 The State Council, China's cabinet, has dispatched a high-level steering group to Sichuan province to guide a campaign that aims to curb the high incidence of deadly forest fires there.

Headed by Huang Ming, Party chief of the Ministry of Emergency Management, the group is the first of its kind established for forest and prairie fire control work in a provincial-level region, the ministry said in a news release.

Fu Jianhua, deputy director of the office of the State Council's Work Safety Committee, is executive deputy head of the group, which also includes three other senior officials as deputy heads, including Li Shuming, deputy head of the National Forestry and Grassland Administration.

"The campaign is being launched in response to the urgent demand to address loopholes in forest and prairie fire prevention and control work in Sichuan province," Huang told a conference in Chengdu, Sichuan's provincial capital, on Thursday.

The southwestern province has hit the headlines twice for major deadly forest fires in the past 14 months. In March last year, a forest blaze claimed 31 lives in the province's Liangshan Yi autonomous prefecture, including 27 firefighters. About a year later, on March 31, another raging forest fire in the prefecture killed 19 people who were fighting it and seriously injured three others.

On Thursday, the prefecture's emergency management authority dispatched firefighters to battle another forest fire that started at around 5 pm that day.

All of the estimated 800 firefighters dispatched to the site had to leave the front line around lunchtime on Friday because of gusts that made the fire extremely difficult to control. There have been no reports that it has been brought under control.

Huang demanded the province "think over the reasons after these bitter lessons" and treat the campaign as an opportunity to effectively enhance its fire prevention and control capabilities to "resolutely eradicate major deadly accidents".

The three-phase campaign will last for one year. Aside from publicity and education on fire prevention and control from May to July, the province will have to make lists of major safety hazards and outstanding problems found by the authorities and draft rectification plans accordingly, the ministry said.

The public can report problems in local forest and prairie fire control work to the steering group by phone, mail or email, it added.

Authorities in the province will have to stamp out all the safety hazards and address the problems from September to December. In the following three months, examination and evaluation will be organized to check the rectification results, the ministry said.

Peng Qinghua, Party secretary of Sichuan province, said the arrival of the steering group was of "great significance" to the province in promoting its fire prevention and control capabilities and comprehensive rectification of problems.

"In strict accordance with the requirements of the steering group", the province will make resolute efforts to address the problems, he said.