CHINA High-level trade talks with US to start

High-level trade talks with US to start 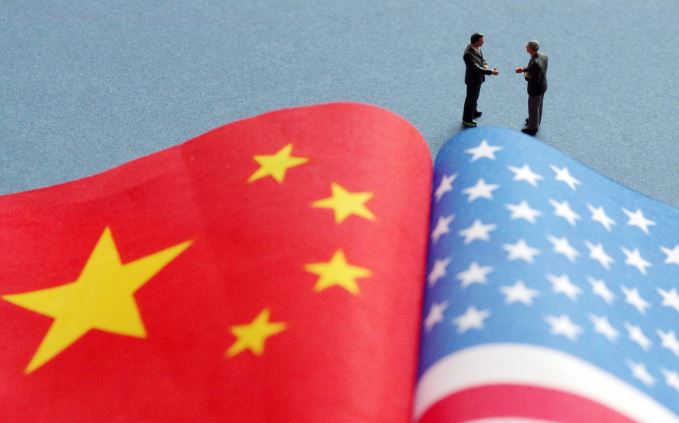 China and the United States will hold vice-ministerial-level trade talks next week in Beijing, the first in-person talks since their top leaders agreed last month on a truce in a bid to work out their trade differences, China's Ministry of Commerce said on Friday.

This year marks the 40th anniversary of the establishment of China-US diplomatic relations. Against that backdrop, analysts said it is hoped Beijing and Washington will deliver positive results in the planned talks to further allay global economic concerns. On Monday and Tuesday, US Deputy Trade Representative Jeffrey Gerrish will lead a delegation to Beijing to negotiate on trade issues, the ministry said.

According to the ministry, the two nations are expected to conduct constructive discussions on implementing the consensus reached by President Xi Jinping and his US counterpart, Donald Trump, on the sidelines of the G20 Leaders' Summit in Buenos Aires on Dec 1. The leaders agreed to refrain from imposing new tariffs and expressed the importance of advancing bilateral ties on the basis of cooperation.

Wei Jianguo, a former vice-minister of commerce, said resolving the trade disputes is an urgent task for both China and the US. "The two sides can achieve positive results through trade talks," he said.

Wei predicted key topics in the fresh round of talks next week would include trade imbalances and intellectual property protection.

He said China and the US can find proper solutions that would be conducive to global economic stability.

Diao Daming, associate professor at School of International Studies of Renmin University of China, said China-US relations have made tremendous progress over the past four decades. Diao said such decadeslong ties do not necessarily guarantee that there won't be new issues or disputes. But during the past 40 years, the two countries have found the key to their relations — that cooperation is the best choice for both sides.

Last year, China-US trade tensions were in the global spotlight for much of the year. The evolution of their economic and trade ties is expected to attract even more attention this year, as the world economy is predicted to continue weakening.

Yan Xuetong, director of the Institute of International Relations at Tsinghua University, said while competition between China and the US is intensifying, the global economy might take a downturn, opening up the possibility of a new economic crisis. However, the ever-fiercer Sino-US competition is not necessarily behind the downturn of the world economy, Yan told the magazine China Newsweek. "The two incidents just happened concurrently."

Yan said China and the US won't be locked into a new "cold war" — an argument that some experts have made.

Chen Qi, a senior research fellow at the Carnegie-Tsinghua Center for Global Policy, also opposed using the term "cold war" to depict current China-US disputes. He said China and the US, despite some headwinds, will still find a way to further the progress of their economic and trade relations.