Workers repair a sewer leak in Hangzhou through a pipe network with a closed circuit television system to reduce the working time.

Hangzhou has won a "Da Yu Ding" award for its "five water" management efforts. The award was established in 2014 in Zhejiang Province to honor achievements in harnessing water pollution and protecting resources.

Hangzhou has launched a series of measures to improve its water, upgrade its industrial structure, seek sustainable development and promote people's wellbeing.

The West Lake scenic area is considered to be at the forefront of "five water" management with measures brimming with high technology.

Formerly, when underground pipes leaked, workers had to dig up the ground to mend the pipes. Such a process required long-term work and impacted the lives of residents.

These days, local authorities have installed the pipe network with a closed circuit television system to spot unusual conditions including blockages and leaks. If a leak is found in a sewage pipe, workers can mend it with a new technology called ultraviolet solidifying inner lining of pipes.

A soft tube made of glass fiber is imbedded into the broken section and then inflated to solidify the inner lining of the pipe.

The whole process is conducted with a small machine via a manhole cover.

The new technology helps workers cut down repair time to about three hours.

The local government has also installed automatic monitors along water courses and smart sensors in manhole covers and built supervision stations along rivers. All water resources are under the umbrella of big data technology.

With the help of big data, cloud computing and new pipe mending technology, a smart system has been developed which will streamline water management procedures. 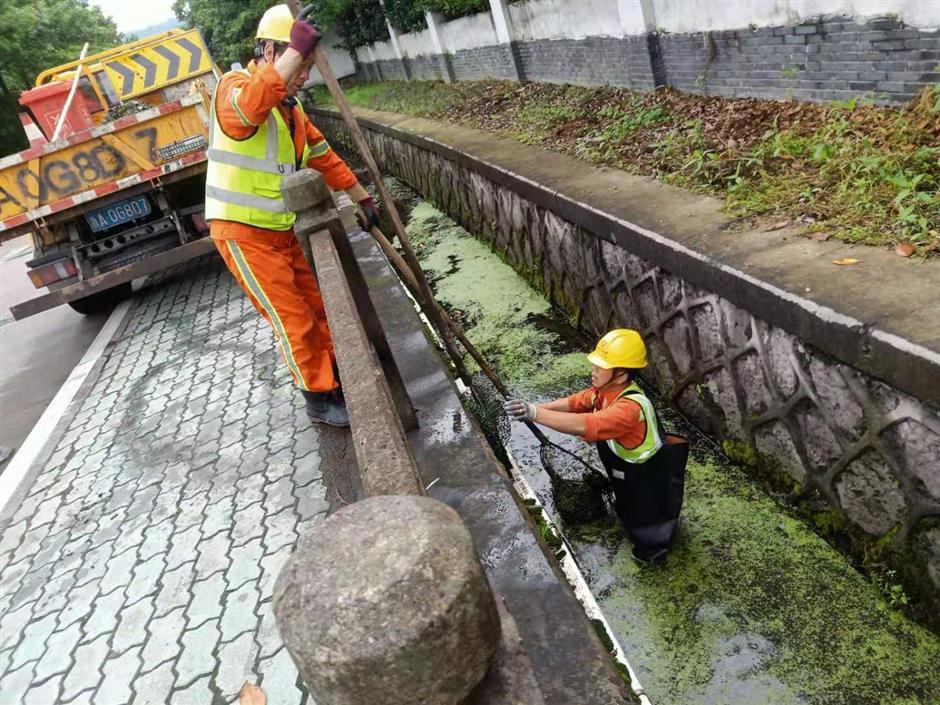 Workers clear out a sewage ditch.