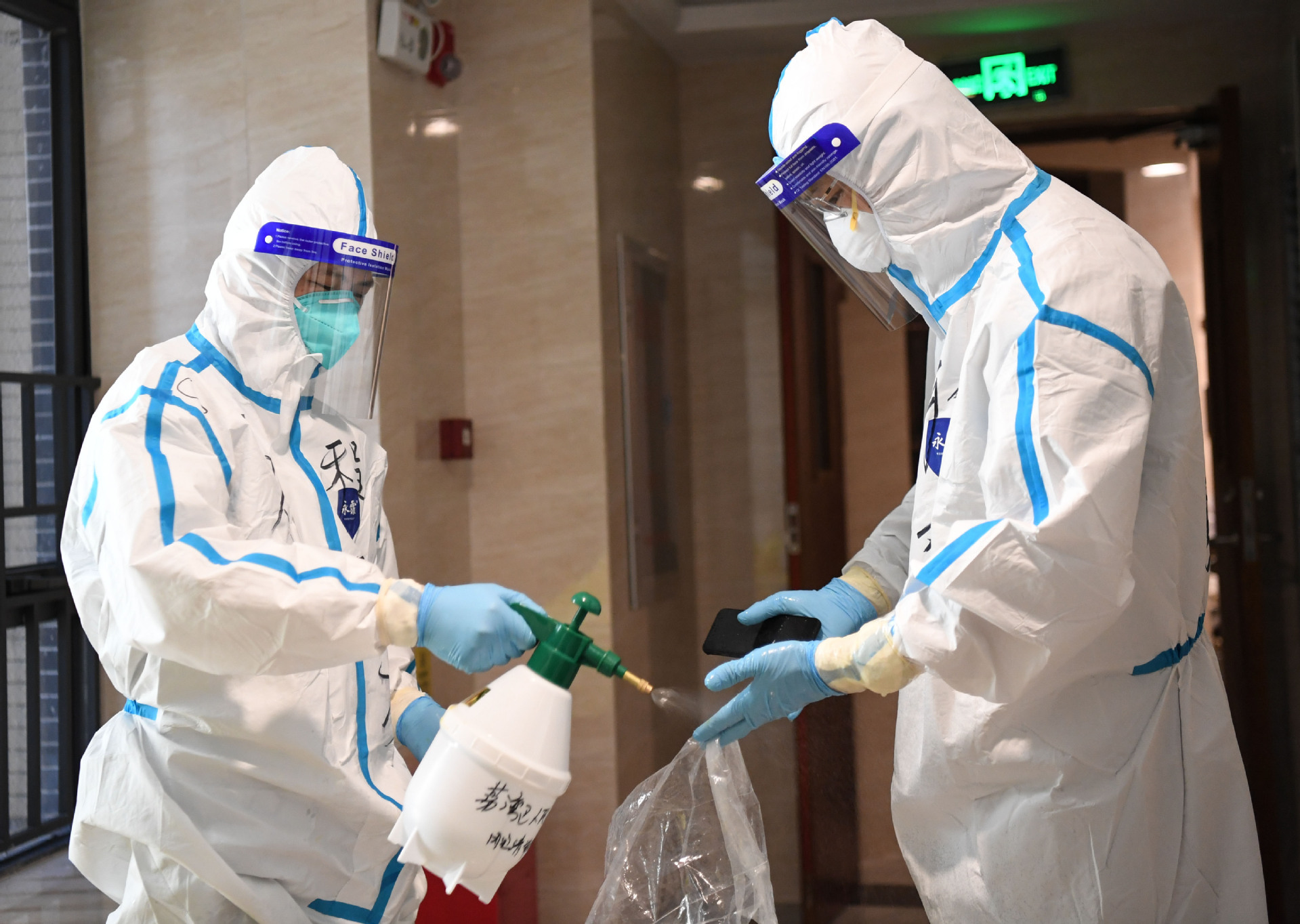 Workers spray disinfectant at a community in the Baihedong subdistrict, a high-risk area of Liwan district in Guangzhou, Guangdong province, on June 6, 2021. (Photo: Xinhua)

Residents affected by the coronavirus in the Baihedong subdistrict of Liwan district in Guangzhou, Guangdong province, have been sent to isolated hotels for medical observation, a senior health official from the city said on Tuesday.

"Evacuating the key groups of residents to isolated hotels was done after 10 new locally transmitted COVID-19 cases were detected in Guangzhou on Monday," Chen said at a news conference on Tuesday.

Of the confirmed cases, nine were detected in the closed-off Baihedong subdistrict, a high-risk area of the southern metropolis, she said.

Chen urged locals to actively track and report their activity if they have visited the city's medium- and high-risk areas or had contact with previously detected confirmed cases and asymptomatic carriers.

Officials have announced a total of 144 public venues in the entire city where the previous confirmed cases and asymptomatic carriers once visited, and urged locals to report to relevant departments and take further tests once they have visited the venues.

According to Chen, Guangzhou has reported a total of 108 coronavirus cases as of Monday, including 98 confirmed patients and 10 asymptomatic carriers, in this round of outbreak, which started on May 21.

To prevent and control the coronavirus, Guangzhou has collected nearly 28 million samples for testing, with 40 positive results detected, Chen said.

Chen urged locals to abide by laws, regulations, rules and related measures that have been introduced to fight against the coronavirus by the central government, as well as the Guangdong provincial government and Guangzhou city government.

Yang Bingsheng, deputy director of the Guangzhou public security bureau, said police have investigated seven cases involving residents who violated anti-pandemic laws, regulations and rules in the past weeks. A number of violators have been detained or given administrative punishments, Yang said.

Most of them were investigated for refusing to take a COVID test or spreading rumors, leaving their closed-off communities, lying to medical staff about their activity tracking when seeing doctors and breaking the home quarantine measures and requirements, he added.

Departments have also cared for foreigners and sent them warmth, just as they did for locals, he added.