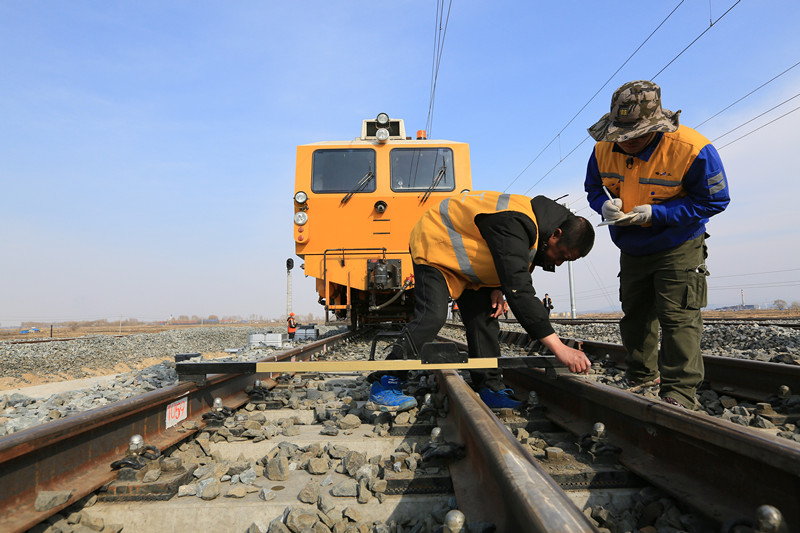 Built in a region where the temperature can be as low as - 30 C in winter, the railway is designed to allow trains to run at 200 km per hour, cutting travel time from seven hours to about two.

Trials began in May on the tracks, bridges, tunnels, power supplies, communication services, traffic management signals and customer services. All trials are expected to be finished in August. 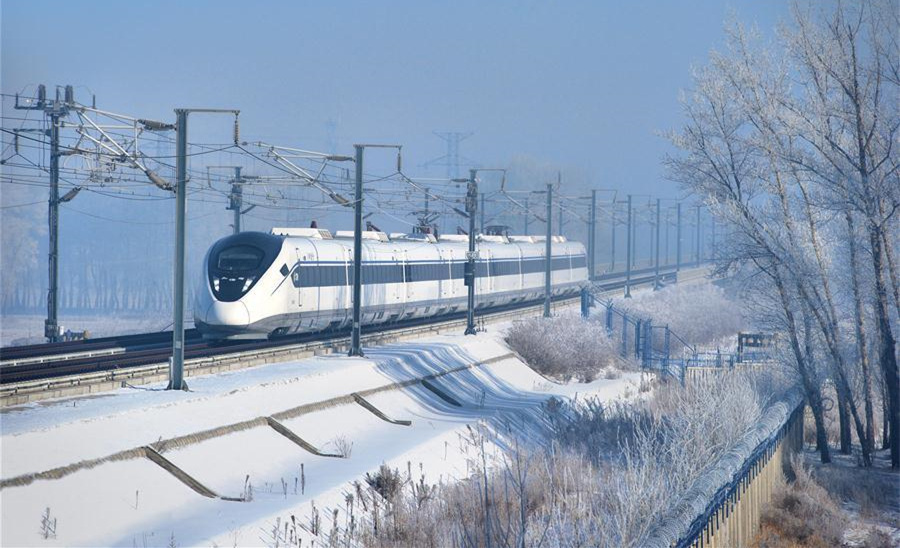 Since May 1, about 270 trips have been made by test trains to ensure that the various systems involved all meet requirements, said Cao Botao, senior engineer and deputy director of the line.

Some of the testing was done in the early morning hours. "We have to work between 12:30 am and 4:30 am when there are no test trains passing," said Liu Yuhang, an assistant engineer for the line's power supply system.

Construction of the line began in July 2014 as one of the key projects included in China's medium and long-term railway network plan. The country's railway network is expected to hit 175,000 km by 2025, compared with 127,000 km of operating tracks as of last year.

"In September, the line will greatly improve transportation in Harbin, Jiamusi and surrounding counties, especially for the three counties of Binxian, Yilan and Fangzheng," said Cai Kelin, a Harbin Group official. "Residents in the three counties will welcome trains for the first time."

"I am really looking forward to its opening," said Gao Lina, 34, a company employee in Harbin. "My parents live in Jiamusi and I look forward to having more chances to get together with them during holidays and festivals."

"The current seven-hour trip is always arduous," she added. "The opening of the high-speed line will make the journey much easier."