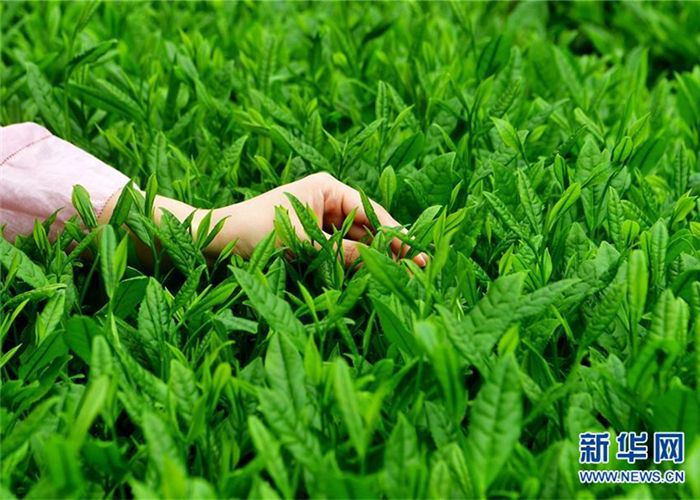 FUZHOU－Sitting cozily in his house, tea grower Wu Erlong scooped up some tea on a spoon, took a small sip and sniffed the aroma.

"These are freshly made tea leaves. The quality is quite good," said Wu, who lives in Xiamei village in the city of Wuyishan, Fujian province.

The mountains of Wuyishan were the southern starting point of an ancient tea road that stretched about 13,000 kilometers to Russia. It began to thrive in the 17th century, and Xiamei was an important trading port en route.

But the road eventually lost its glory due to war and the rise of Indian tea and maritime transportation, with the steep mountains acting as an insurmountable wall barricading local people's paths to prosperity.

Lumber became the main source of income in the village for quite some time.

"There are about 1,333 hectares of forests in our village, most of which are of high economic value such as moso bamboo and firs. Every year, about 33 hectares of woods were logged, leading to water and soil degradation and other ecological problems," said Li Gui, Party secretary of the village.

A railroad running across the mountains opened to traffic in 1997, giving the remote village a new lease on life. In 2001, a tourism company was established in which more than 90 percent of the villagers invested.

Tea leaves grown in Wuyishan have always been in high demand by tea enthusiasts thanks to its sound environment and unique sandstone landform. With access to rail transportation, many residents of Xiamei, including Wu, took up tea processing.

But challenges persisted. It used to take days to transport tea leaves from Wuyishan to big cities, and buyers came only once or twice a year, Wu said.

Things took a turn for the better in 2015 when a high-speed railway linking Hefei, capital of Anhui province, and Fuzhou, Fujian's provincial capital, was put into service, ushering in a new era of development for the mountainous region.

"The high-speed railway brought visitors from as far as Beijing, Shanghai and many other regions," said Yu Xingang, head of Wuyishan North Station.

"During this year's National Day holiday, the average daily number of tourists was around 1,000, and the annual tourism income is expected to reach 40 million yuan this year," said Ye Sheng, general manager of the village's tourism company.

"Many villagers have opened restaurants and hostels and sold tea leaves, thanks to the booming tourism industry. The per capita income in Xiamei village exceeded 8,000 yuan last year," Ye added.

Some large tourism companies in Xiamen and other places have taken a fancy to the development potential of Xiamei village and plan to invest billions of yuan in the construction of tourism facilities here, said Ye, envisioning a prosperous future for the village.