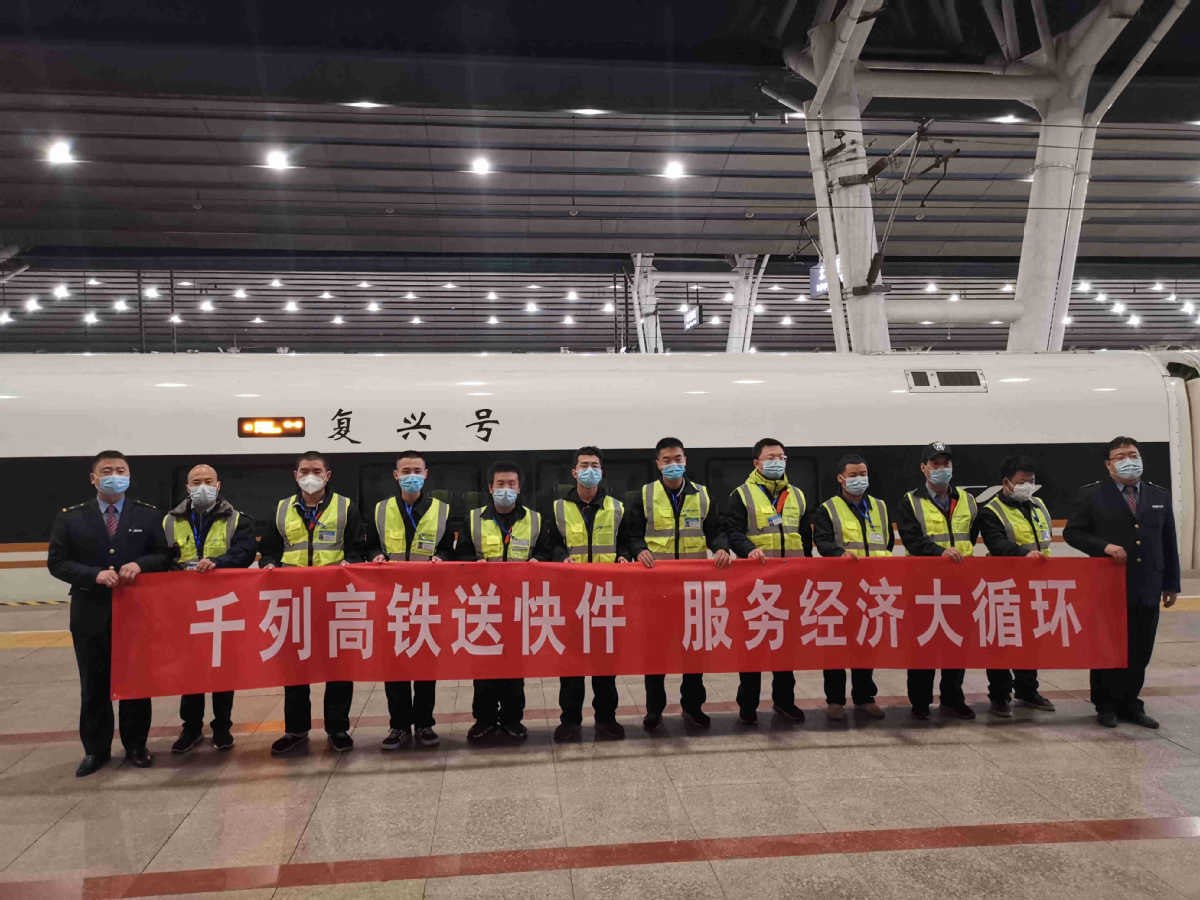 To cater to the needs of the logistics market, railways plan to provide special services to boost e-commerce from Nov 1 to 20, China Railway Corp, the national railway operator, said on Saturday.

It started providing special logistics services during the shopping spree in 2016. This year, they will last for 20 days-10 days longer than in the past.

The eight-car bullet train was the first Fuxing train to transport a full load of goods. Fuxing trains usually have both cargo cars and passenger cars.

The train, carrying more than 3,600 packages, left Beijing at 5:02 am and arrived in Wuhan at 10:20 am, China Railway Beijing Group, the railway operator, said on Sunday. Most of the cargo comprised e-commerce goods including clothing, food and digital products.

China Railway Beijing Group and China Railway Wuhan Group said one Fuxing cargo bullet train will travel between the capital and Wuhan every day during the spree, with another one traveling from Wuhan to Beijing.

China Railway Express, a logistics enterprise of China Railway Corp, said the daily operation of Fuxing cargo bullet trains between Beijing and Wuhan is an innovative way to improve the logistics capacity of high-speed railways and will serve as a pilot program for railway operators to better meet the nation's economic needs.

An inspector aboard each train will patrol the cars every 40 minutes. The patrols will be recorded by a video camera, and any problems discovered will be handled accordingly, China Railway Express said.

He said strict epidemic control measures will be implemented to prevent the spread of COVID-19.