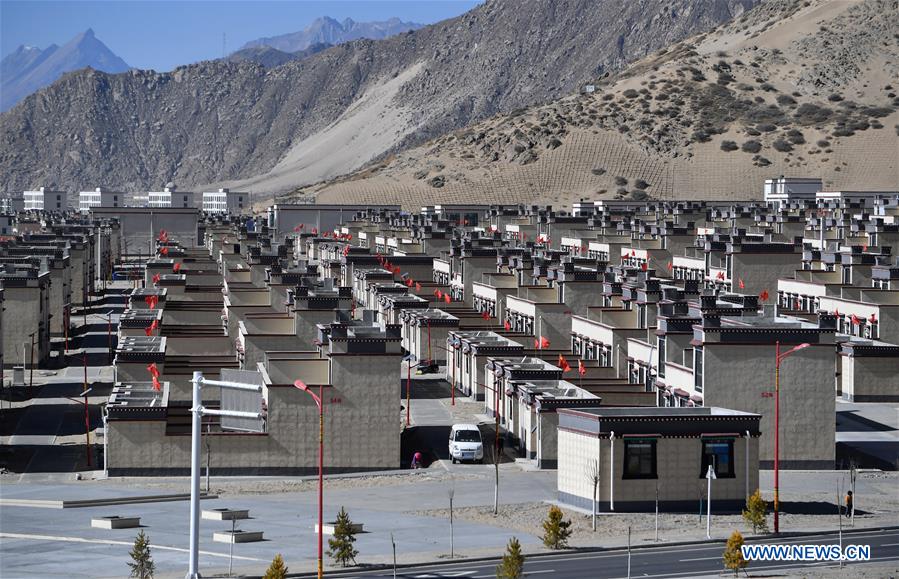 During the 2016-2020 period, the Engel coefficient of Tibetan residents－the proportion of total family income spent on food－continued to shrink, while per capita consumption of clothing rose by 584 yuan ($91).

The force behind this increased spending on clothing is a rise in incomes.

According to official data, the per capita disposable income of urban residents in Tibet last year was 41,156 yuan, a year-on-year increase of 10 percent, while that of rural residents rose by 12.7 percent to 14,598 yuan.

"In the old Tibet, my family of six only had two roughly-made items of clothing made of pulu (a kind of woolen fabric) to wear. We used them as clothing during the day and as quilts at night," said Changchub, a villager from Lhasa's Chushur county.

"At a time when even filling our stomachs was a problem, who cared about clothing?" he added.

Before the 1950s, the three major stakeholders－officials, aristocrats and higher-ranking lamas and their agents－made up about 5 percent of the population but owned almost all the land, pastures, forests, mountains, rivers and other means of production.

Serfs and slaves, who accounted for 95 percent of the local population, had little to spend on their clothing, which was shoddy and dull.

Li Mei, president of the Tibetan Institute of Ethnic Clothing and Culture, said that Tibetan people's clothing has experienced an upgrade.

"Their quality of life has improved significantly, their clothes are becoming more and more beautiful, and they are moving toward high-end consumption," Li said.

In recent years, local fashion brands have mushroomed in Tibet. There are more than 20 Tibetan fashion shops on Barkhor Street in central Lhasa, the regional capital.

Li said that compared to traditional Tibetan clothing, fashionable Tibetan clothes are gaining popularity as they are lighter and more comfortable, and their style better dovetails with contemporary aesthetics.