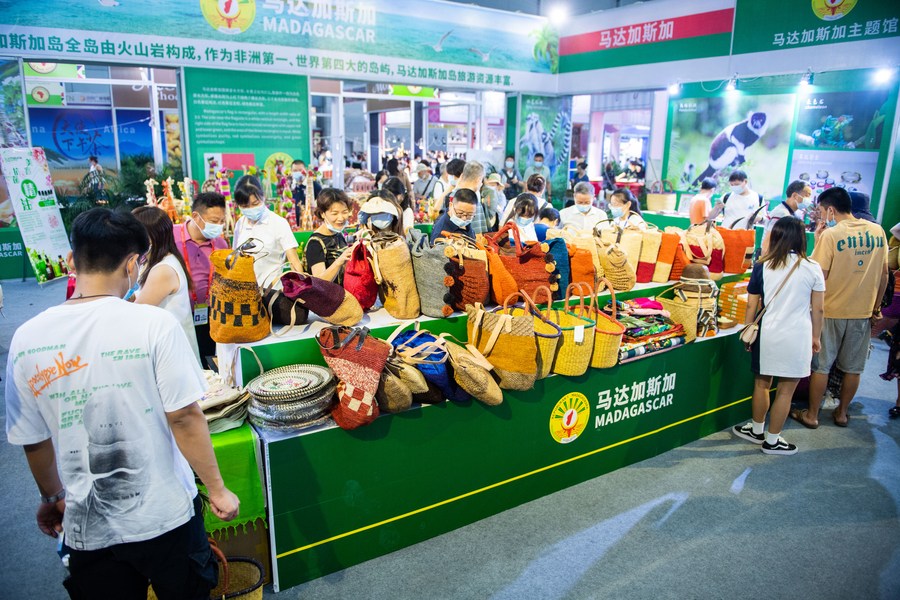 China-Africa economic cooperation has expanded rapidly in scale and extent in nearly a decade, injecting impetus to the continent's development and bringing tangible benefits for people from both sides.

The following facts and figures offer a glimpse of the achievements of bilateral economic and trade cooperation.

-- China has been Africa's largest trading partner for 12 years since 2009. The proportion of Africa's trade with China in the continent's total external trade has continued to rise, which exceeded 21 percent in 2020.

-- China has increased its imports of non-resource products from Africa, and offered zero-tariff treatment to 97 percent of taxable items exported to China by the 33 least-developed countries in Africa.

-- China's imports in services from Africa have been growing at an average annual rate of 20 percent since 2017, creating close to 400,000 jobs for the continent every year.

-- By the end of 2020, direct investment of Chinese companies in Africa had surpassed 43 billion U.S. dollars.

-- China has established over 3,500 companies of various types across the continent, with private companies gradually becoming the main investment force in Africa. More than 80 percent of their employees are locals, and they have directly and indirectly created millions of jobs.

-- By the end of 2020, more than 200 Chinese companies had an investment stock of 1.11 billion U.S. dollars in agricultural sector in 35 African countries. The investments cover areas such as planting, breeding and processing.

-- As of October 2021, the Cross-Border Interbank Payment System had 42 indirect participants in Africa, covering 19 African countries. The People's Bank of China has signed successive currency swap agreements with the central banks of South Africa, Morocco, Egypt and Nigeria, to a total amount of 73 billion yuan (about $11 billion).