CHINA Highlights of Xi's speech at a conference celebrating 40 years of reform, opening-up

Highlights of Xi's speech at a conference celebrating 40 years of reform, opening-up 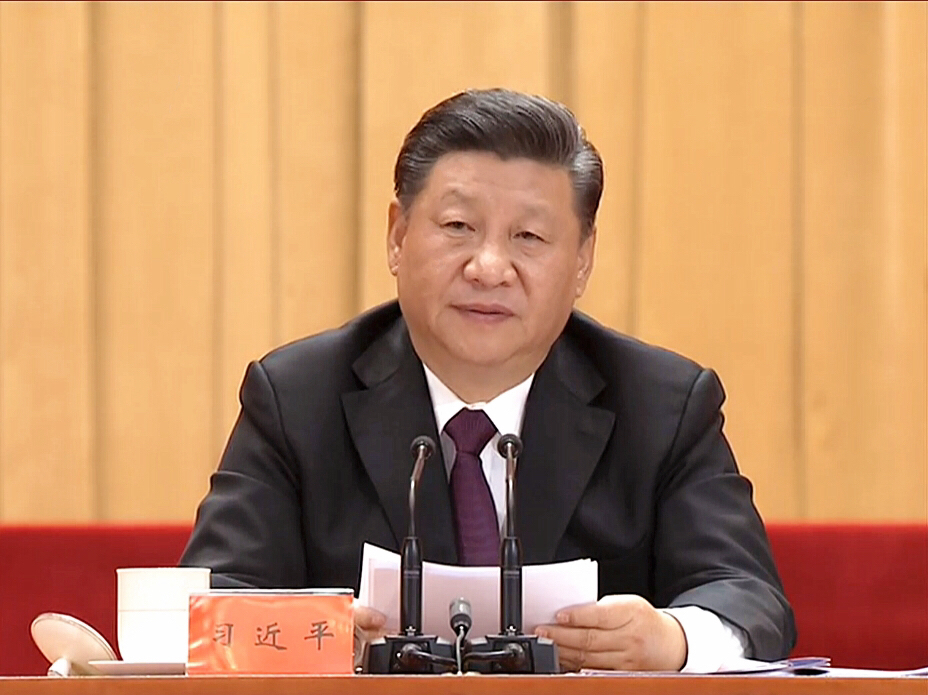 President Xi Jinping on Tuesday delivered a speech at a gathering to celebrate the 40th anniversary of China's reform and opening up. Here are the highlights:

Reform and opening up a great revolution

The reform and opening up is a great revolution in the history of the Chinese people and the Chinese nation.

It is the great revolution that propelled a quantum leap forward in the cause of socialism with Chinese characteristics.

The reform and opening up is a great reawakening of the Communist Party of China (CPC), nurturing great creativity in both theory and practice for the CPC.

The pursuit of reform and opening up and socialism with Chinese characteristics is a milestone in realizing the Chinese nation's rejuvenation.

They represented three historic events taking place after the May Fourth Movement in 1919.

The country has kept improving the people's lives and well-being over the past 40 years.

China has lifted 740 million people out of poverty in the 40 years, reducing the poverty headcount ratio by 94.4 percentage points.

The ratio of permanent urban residents in total population rose 40.6 percentage points to 58.52 percent during the period.

The country has maintained its social stability over a long period, making it one of the countries that provide the greatest sense of safety in the world.

China has bid farewell to the problems that plagued its people for thousands of years, including hunger, shortage and poverty.

China's development over the past 40 years has effectively served the cause of world peace and development.

China's development has provided successful experience and offered a bright prospect for other developing countries as they strive for modernization, representing a great contribution of the Chinese nation to the progress of human civilization.

The reform and opening up in the past four decades has shown that leadership of the Communist Party of China is the most essential attribute of socialism with Chinese characteristics, and the greatest strength of this system.

Continuous efforts to deliver on people's aspirations for better life

The people-oriented approach must be adhered to and efforts should be made to keep delivering on the people's aspirations for a better life.

The practices over the past 40 years have shown that seeking happiness for the Chinese people and striving for rejuvenation of the Chinese nation is the founding aspiration and mission of the Communist Party of China, and those of the reform and opening up endeavor.

The practices over the past 40 years have shown that innovation is the lifeline of reform and opening up.

Continued efforts should be made to improve and develop the system of socialism with Chinese characteristics to harness and enhance the advantages of China's system.

Adhere to path of socialism with Chinese characteristics

There is no textbook of golden rules to follow for reform and development in China, a country with over 5,000 years of civilization and more than 1.3 billion people.

No one is in a position to dictate to the Chinese people what should or should not be done.

China vows to open up wider to world

The practice of reform and opening-up over the past 40 years has shown that openness brings progress, while seclusion leads to backwardness.

China cannot develop itself in isolation from the world, and the world needs China for global prosperity.

Bearing in mind China's internal and international imperatives, we have stayed committed to the fundamental national policy of opening-up, followed a proactive approach to opening up, and entered a new stage of comprehensive, multi-level and wide-ranging opening-up, thus creating a sound international environment and broader development space for China.

A review of the past several thousand years shows that reform and opening-up remains the norm throughout China's history.