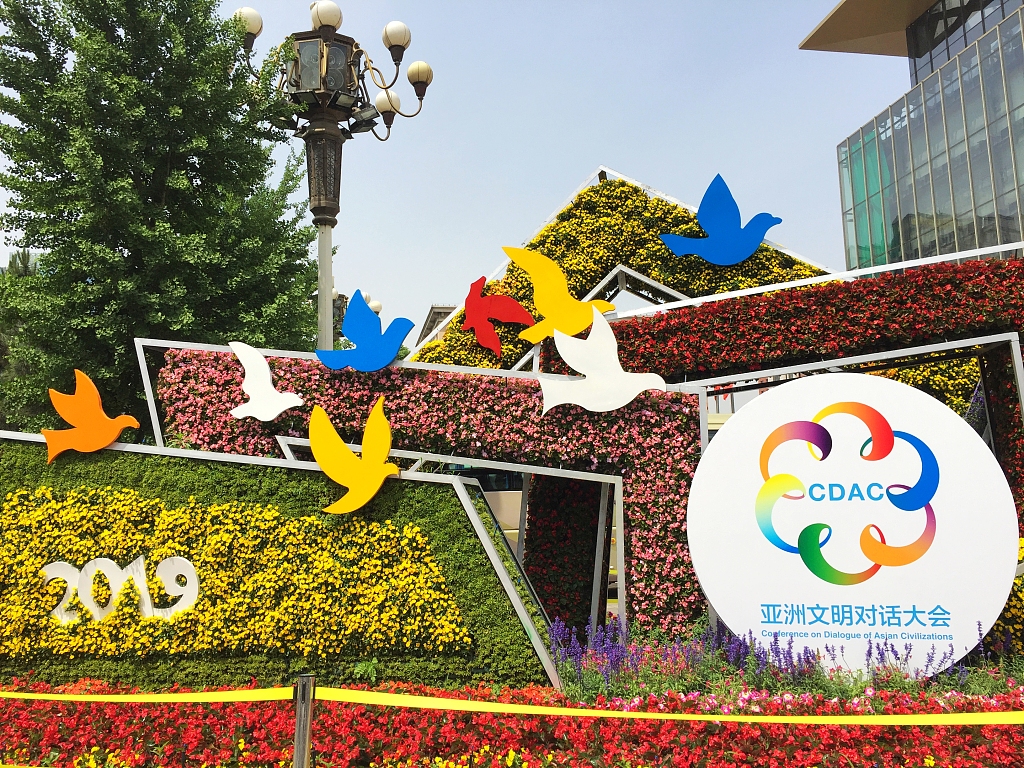 Chinese President Xi Jinping called for joint efforts to fulfill Asian people’s shared dream of building a peaceful, prosperous and open Asia in a keynote speech delivered at the opening of the Conference on Dialogue of Asian Civilizations (CDAC) in Beijing.

Hailing Asia as a major birthplace of human civilization, Xi said Asian people have made incredible cultural achievements over the past thousands of years and they have started cultural exchanges and mutual learning since the early days.

Due to the historic connection in geography and cultures, Asian countries share similar historical situations and purse the same dream. Xi called for Asian countries to strive to turn people’s aspirations for a better life into reality.

He also urged different civilizations to engage with principles of mutual respect and equal treatment, stressing that there is no superior race or civilization.

Read through the key points below to capture Xi's thought and action plan on how to promote mutual learning among civilizations:

Xi called for cultural strength, besides economic and technological strength, for humanity to cope with common challenges and head toward a bright future.

The intensifying global challenges humanity is facing now require concerted effort from countries across the world. The CDAC aims to create a new platform for advancing equal dialogue, mutual learning, and mutual inspiring among civilizations in Asia and the rest of the world, he said.

Xi expressed hope that all Asian countries will respect and trust each other, co-exist in harmony, expand cross-border, cross-time-and-space as well as cross-civilization exchanges, and jointly maintain the peaceful time that is more valuable than gold.

Asian people also expect an Asia of common prosperity and all Asian countries will jointly promote economic globalization that is open, inclusive, balanced, and beneficial to all, and work together to eliminate poverty and backwardness in some countries.

Asian people are looking for an open and integrated Asia. Civilizations will lose vitality if countries go back to isolation and cut themselves off from the rest of the world.

· Calls for mutual respect and equal treatment among civilizations

It is foolish to believe that one's race and civilization are superior to others, and it is disastrous to willfully reshape or even replace other civilizations, Xi said.

"We should leave various civilizations in the world all in full blossom," Xi said, adding that there would be no clash of civilizations as long as people are able to appreciate the beauty of them all.

Tourism has risen to be an important force for promoting exchanges and mutual learning among civilizations. Chinese people made over 160 million outbound trips last year and inbound trips exceeded 140 million. Xi said China is willing to implement an Asia tourism promotion plan with other countries.

· China to embrace the world with a more open posture

Chinese civilization is an open system formed during constant exchanges and mutual learning with other civilizations. In the future, China will surely embrace the world with a more open posture and contribute more dynamic civilization achievements to the world, Xi said.