URUMQI, July 14 (Xinhua) -- The construction of a highway in northwest China's Xinjiang Uygur Autonomous Region has been postponed to protect migratory birds.

In mid-June, workers found a large number of birds building nests and hatching in the cracks of the rocks laid on the roadbed of a section of Barkol-Hami highway. 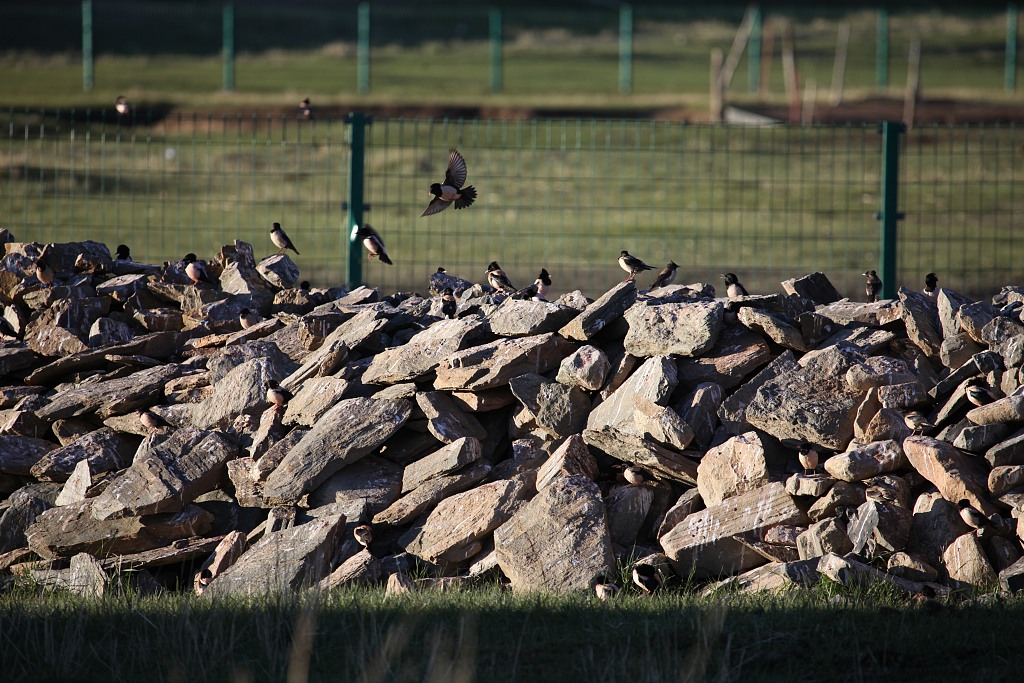 File photo of the rosy starling in Xinjiang. (Photo: VCG)

The birds Sturnus roseus, commonly known as rosy starling, are natural enemies of locusts. Xinjiang has set up nests in mountainous areas and grasslands to attract the birds to combat a destructive plague of locusts in recent years.

"A large number of starlings have settled in Hami thanks to artificial nests and related publicity activities. In most parts of the Hami grassland we can prevent locust plague without using pesticides," said Li Zhanwu, head of the locust and rat plague control station in the city of Hami.

"We decided to suspend construction until the baby birds are hatched and leave the nests," said Li Zhigang, one of the project managers.

The construction company also set up more than 20 warning signs in the site where birds are abundant.

Construction of the postponed road section was scheduled to be completed in mid-July. But now it may be delayed by about one and a half months.

The 76.5-km Barkol-Hami Highway is an important transportation project in eastern Xinjiang.