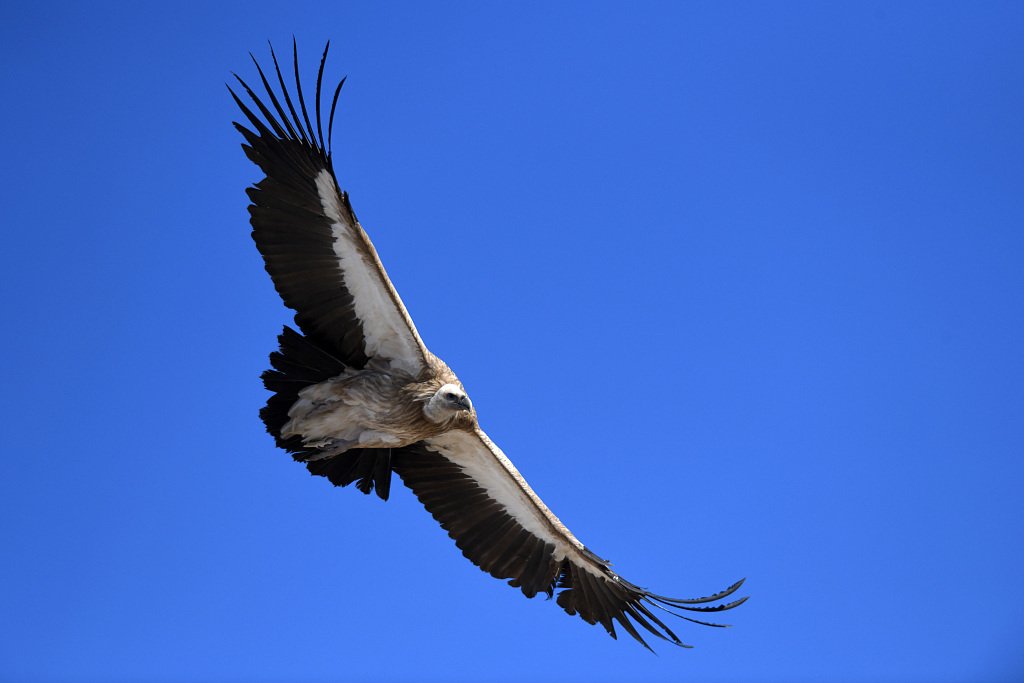 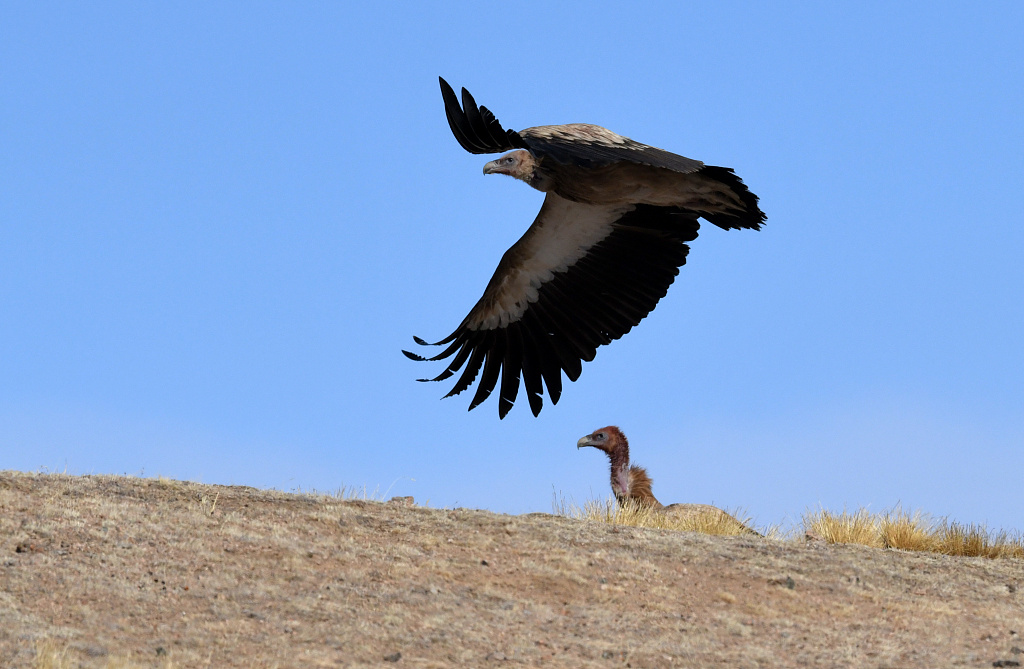 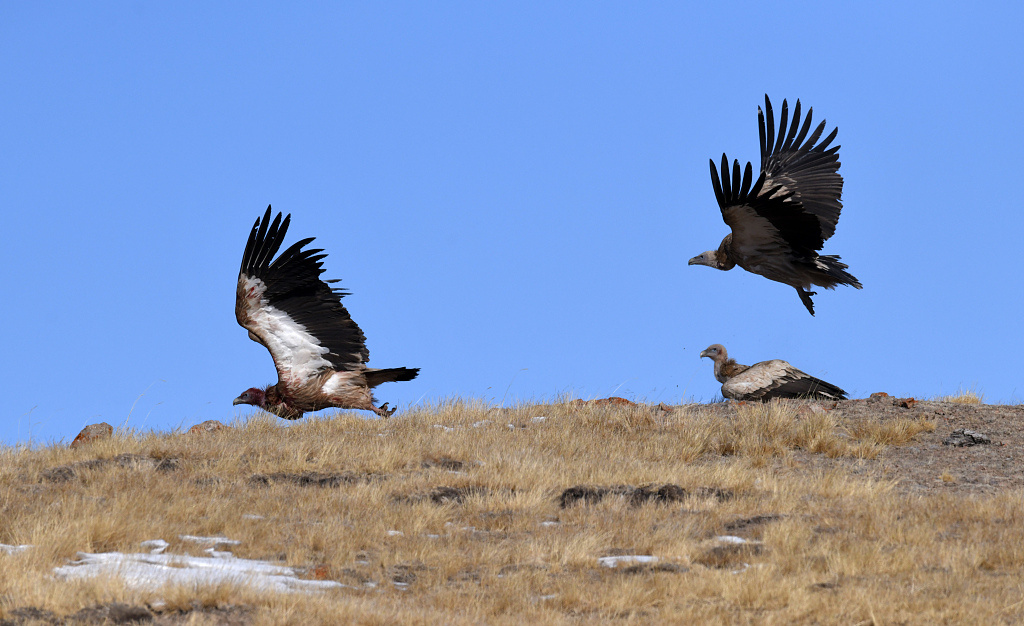 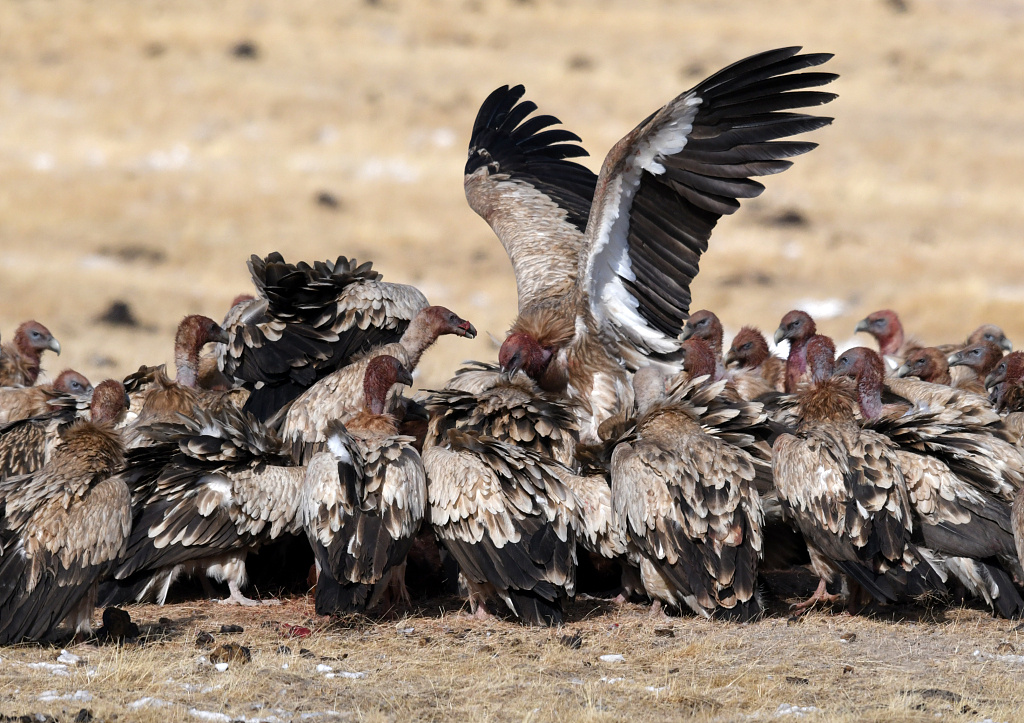 The Himalayan vulture (Gyps himalayensis) is under second-class national protection and is listed as a near threatened species by IUCN Red List. Its wingspread can up to two meters long. It lives in dry and cold mountains and often flies at altitudes around 6,000 meters.

(All images via VCG)