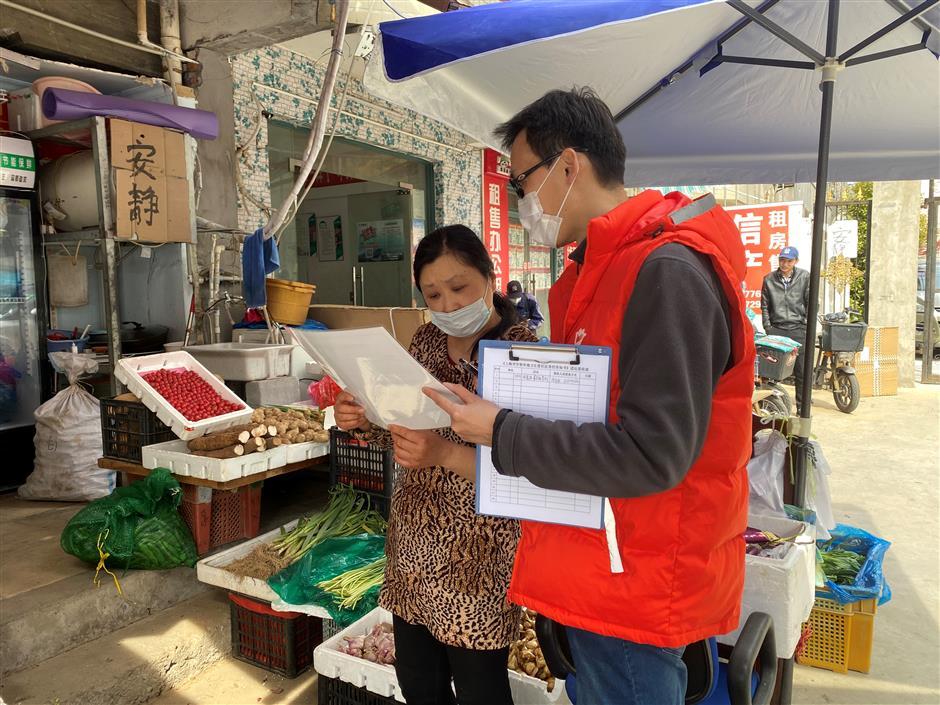 A volunteer checks the sanitation condition of a small street wet market in the Jiangsu Road Subdistrict.

The communities around Shanghai’s historical Yuyuan and Jiangsu roads have been listed as demonstration zones for their smart and innovative environmental management methods.

The Jiangsu Road Subdistrict of downtown Changning, famous for the more than 100-year-old Yuyuan Road, has become one of the city’s “model subdistricts and towns” for its effective efforts to improve the environment.

The communities have been organizing residents, including those from overseas, to take part in voluntary activities to clean public areas and remove trash from streets.

In one of the most popular campaigns among foreigners, the Trash Running event has been held regularly for three years. During the event, participants pick up trash while on a run, which is called “plogging,” a derivative of “jogging” and a Swedish term that means “picking up.” It was initiated in February of 2018 by Celina Eisenring, 38, from Switzerland, and Kate Sogor, 33, from Hungary.

“We’d like to promote the concepts of both running and environmental protection through the event,” Sogor said. She has registered to take part in a marathon as a result of her regular plogging. 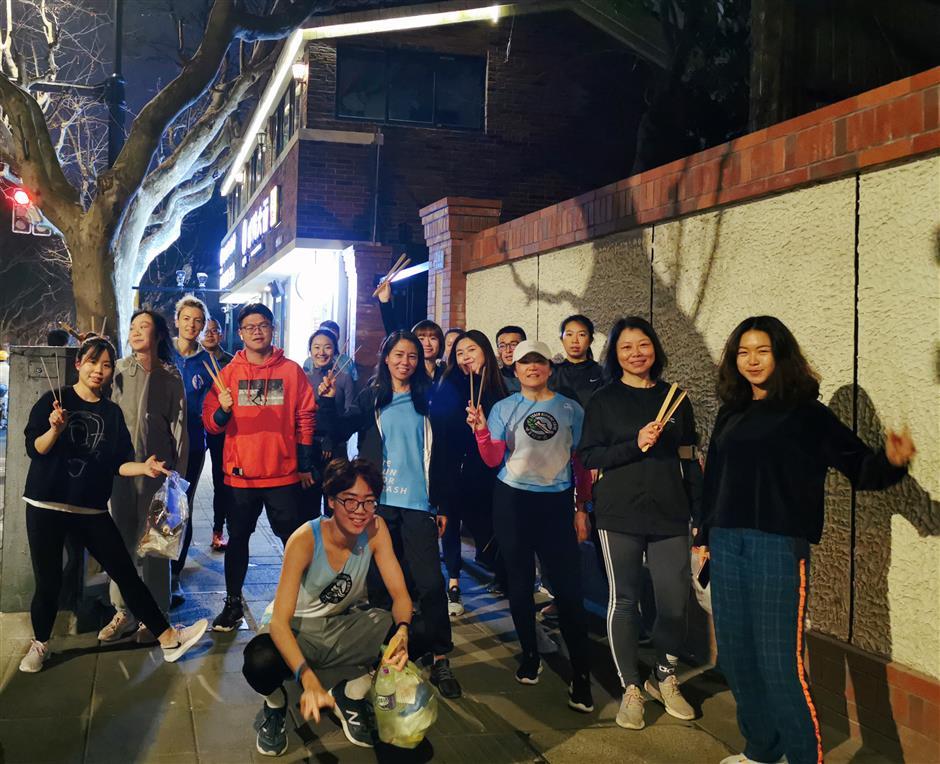 An increasing number of intelligent measures have been implemented to monitor and manage street environments.

Artificial intelligence (AI) and 5G technologies have been incorporated into the community management of historical neighborhoods around Yuyuan Road.

The urban management network is one of the first downtown areas to use AI cameras to identify garbage and automatically send clean-up orders to community workers.

The system has helped reduce the patrolling and inspection labor force by 75 percent for the neighborhood committee.

The AI cameras automatically identified more than 3,000 environmental issues in 2020. About 96 percent of them were solved immediately, according to the subdistrict.

The authority has also launched multiple urban-renewal campaigns and micro-renovations of old communities to improve the environment while preserving the historical ambiance of the region, especially Yuyuan Road. 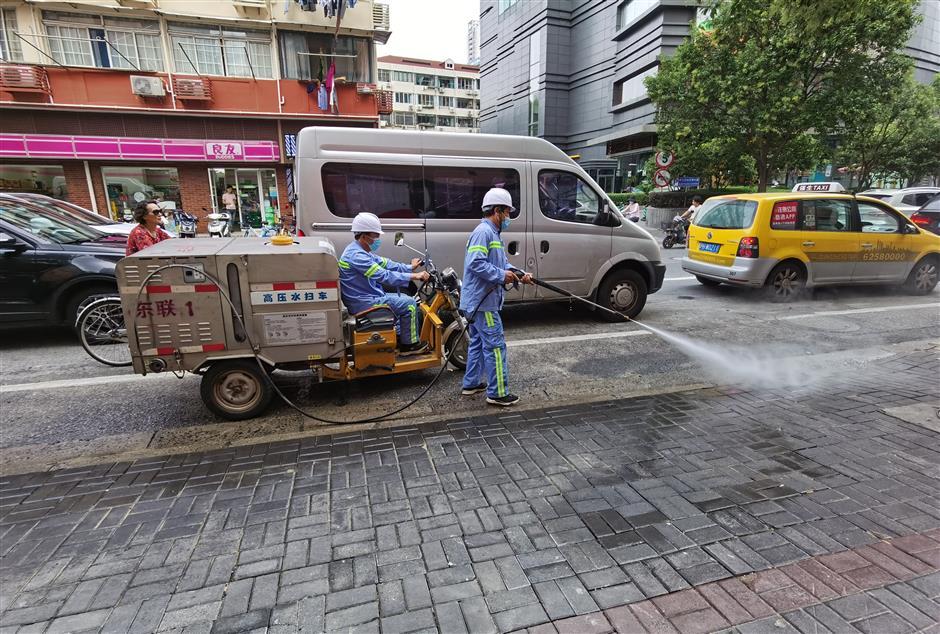 Yuyuan Road features well-preserved historical villas once home to prominent people such as missile and space scientist Qian Xuesen (1911-2009), writer, translator and scholar Shi Zhecun (1905-2003) and New Zealand-born writer Rewi Alley (1897-1987), who came to Shanghai in 1927 and was later involved in China’s revolution and reconstruction.

The city government has listed the road as one of 64 historical streets that cannot be widened.

Beginning in 2018, many boutique stores, workshops, cafes, restaurants and bistros have set up businesses on the street and made it a check-in point for internet celebrities.

Close to 700 signs and billboards connected to shops across the subdistrict have been inspected under strict management to ensure safety. More than 100 billboards with safety issues have been demolished in 2020 and 2021, according to the subdistrict.

Overhead cables have been moved underground to enhance the historical feel of the communities.

Some small but popular street businesses, including breakfast stalls, shoe stores and locksmiths, have been moved into a public market with better management.

Last year, the area around Yuyuan Road was listed as one of Shanghai’s first tourism demonstration zones. The historical road and Jiangsu Road have also been awarded for being among the cleanest streets in the city.