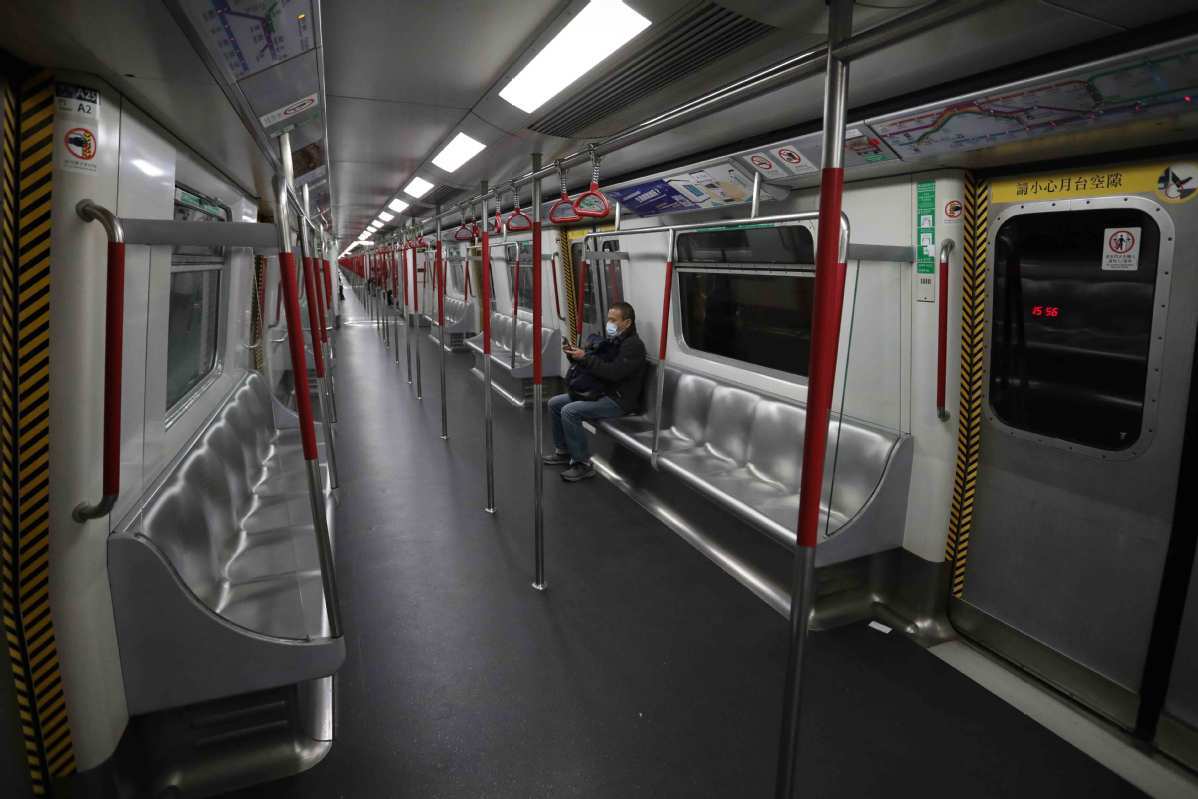 Hong Kong has expanded its mandatory quarantine arrangement to cover people arriving from virtually all of Europe and parts effective Tuesday to cut down on imported coronavirus cases as the European continent struggles to contain the pandemic.

Also starting on Tuesday, mandatory quarantine in government camps will be applied for arrivals from Daegu and Gyeongsangbuk-do in Korea or those who have been there in the past 14 days. For those arrvials who have been to other parts of Korea in 14 days, they will be subject to home quarantine upon arrival.

The government on Friday also issued a red travel alert, the second level in a three-tier system, for the Schengen Area that comprises 26 European countries with an open-border travel arrangement.

The United Kingdom and the Republic of Ireland are not covered. The UK is not the worst hit, but definitely on the radar, a source familiar with the matter told China Daily.

Ho Pak-leung, a leading microbiologist at the University of Hong Kong, said Britain should also be covered by the quarantine requirement as there're still many yet-to-be-confirmed cases, and many Hong Kong students studying in London are expected to return in the next one or two weeks. Several British universities have reportedly suspended classes this week.

More than 30,000 people in Europe have come down with COVID-19, the disease caused by the coronavirus that has ravaged some 120 countries.

Travelers from Italy and parts of Spain, France and Germany have been required to stay in government quarantine facilities for 14 days on arrival in the city.

The latest cases included a 16-month-old boy — the youngest to be infected to date — whose parents had earlier been diagnosed with COVID-19 after returning to Hong Kong from London on Feb 29. Health officials said the toddler is in Princess Margaret Hospital with a mild fever and a runny nose.

The boy's grandfather was also confirmed to have contracted the coronavirus on Friday night. The 66-year-old has not developed symptoms and has no recent travel history. The toddler's grandmother is under quarantine.

A 67-year-old businessman, who flew home from London on Sunday and had come into close contact with colleagues in his office, was also confirmed to have been infected.

The 134th patient was a 30-year-old woman, who flew back from Paris on March 5 after a month-long tour of Greece, Britain and France. She developed a fever after hiking with friends in Clear Water Bay on Sunday.

A 54-year-old woman with a record of good health was also confirmed to be infected. She started coughing on March 6, and had traveled to France and Morocco between Feb 13 and Sunday. She lives alone in Tai Hang, Hong Kong Island, and is in stable condition.

In addition, a 61-year-old man has initially tested positive for the virus. He had been visiting relatives in Colorado in the United States since Feb 27, and returned to Hong Kong via Japan on Tuesday. He began feeling unwell on March 7.

The death toll in Hong Kong rose to four on Friday after an 80-year-old man, whose infection was confirmed on Feb 26, succumbed to the disease. The man had suffered a stroke and had high blood pressure. He was the husband of a 76-year-old patient who was a regular visitor to a Buddhist temple in North Point that has been linked to a cluster of 19 infections.

A total of 78 patients have been discharged from hospital.