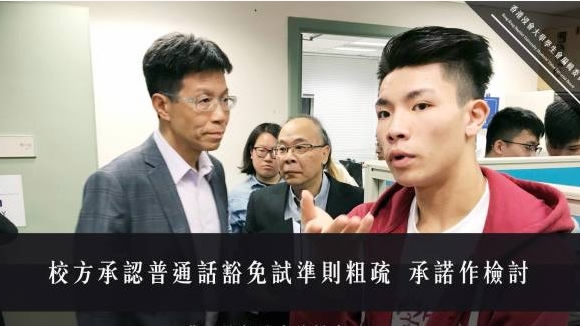 The head of Hong Kong Baptist University criticized students for their inappropriate language and behavior towards their teacher during an eight-hour protest on campus on Wednesday.

According to the university’s requirements, the students must either pass the test to be exempted from the Mandarin class or passed any national language examination. Otherwise, they must enroll in the language class and pass it to graduate. 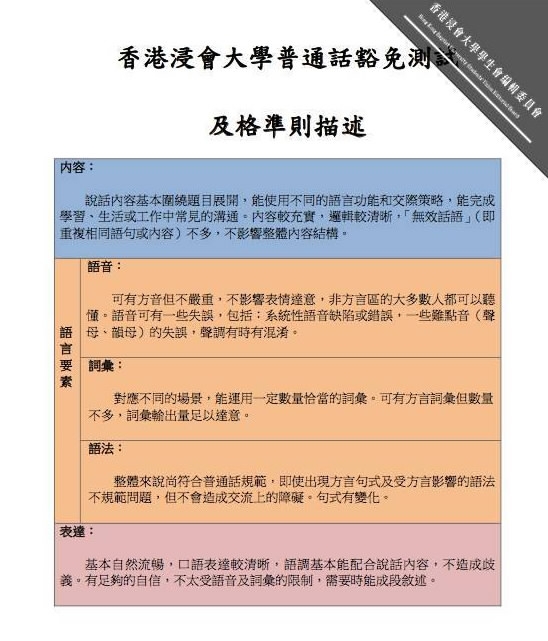 The description of criteria for passing the Mandarin test. /Guancha Photo‍

The reason behind the protests is dissatisfaction with the results of the Mandarin language test, which only 30 percent of the students passed. Some students who failed the test were angry, and demanded that they be able to retake the test and the grading scheme be made public. 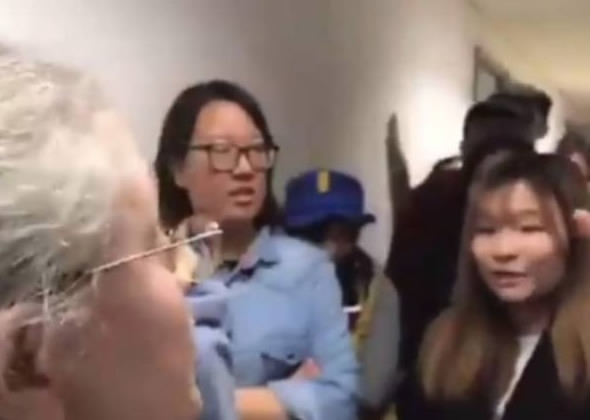 The students argue with the teacher during an eight-hour protest on campus. /Guancha Photo

Lau, the student union president, explained that most students on campus do not want to take the Mandarin language test since it should not be the only required language for graduation. The students should be free to use the three credits to choose the language or other elective subjects that they like.

On the other side, the president of HKBU, Chin Tai-hong, stated that “ I can feel the pain and distress of our teacher in the face of unruly behavior by students they care so much about. Abusive language and behavior have no place at Baptist University.”

He also said that if students were found to have violated the university’s regulation, they would pursue the matter in accordance with school disciplinary measures. 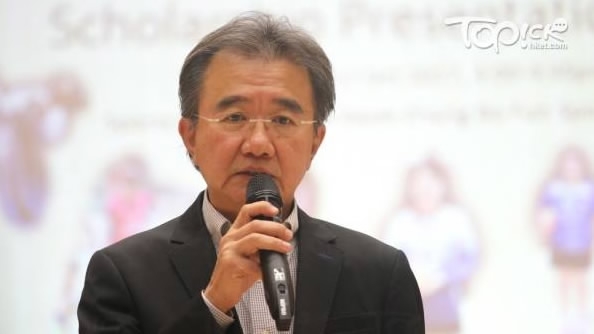 The president of Hong Kong Baptist University Chin Tai-hong lashes out at students for their “unruly behavior” toward teachers. /Guancha Photo

Lau confirmed had that they had used foul language during the protest on Wednesday. He called it a “slip of the tongue” and he was not intending to use the language. He expressed that he would apologize to the teacher.

A spokesman for Baptist University said the language center designed the Mandarin test based on the theory and experience of language tests and sought to assess objectiveness and professionalism. During the test, each candidate is assessed by two teachers and recorded. If the two teachers had any disagreement, a third teacher would be asked to re-listen and assess the recording after the examination.

The test was launched only last year. The university will analyze the test results and continue to listen to the opinions of teachers and students so as to improve the test.

The teachers and students will meet on Tuesday to discuss the matter further.