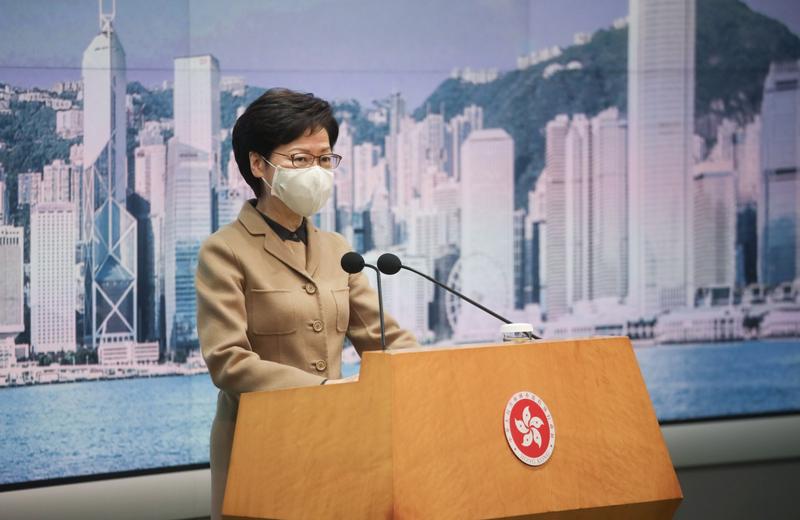 Hong Kong Chief Executive Carrie Lam Cheng Yuet-ngor reaffirmed on Tuesday her support for the central government's call to improve the city's electoral system, noting that the call was made to ensure the continued and accurate implementation of "one country, two systems".

Speaking before the first Executive Council meeting after Spring Festival, Lam said the past incidents, including the 2014 illegal "Occupy" movement and the 2019 social unrest, have all advocated hatred against the local and central governments, which is worrying.

That is why it is necessary for the central government to get involved, in a bid to prevent the situation from worsening to a point where the "one country, two systems" principle can no longer be implemented in Hong Kong, she added.

Her remarks came after Xia Baolong, director of the Hong Kong and Macao Affairs Office of the State Council, placed great emphasis on the "patriots governing Hong Kong "principle when he addressed a symposium on Monday.

Xia called for prompt efforts to improve related systems in the Hong Kong Special Administrative Region, especially the electoral system, so that "patriots governing Hong Kong" can be thoroughly implemented.

Meanwhile, the city's business sector also expressed its support for any measures and mechanisms that can effectively implement the principle, including electoral reform.

The Federation of Hong Kong Industries said in a statement that the principle was put forward to maintain the city's long-term stability and prosperity, which is in line with the sector's expectations.

It said that the "patriots governing Hong Kong" principle will be good for the city's business environment, consolidate the city's status as an international financial, trade and logistics hub, and boost investors' confidence in the city's prospects.

The Hong Kong Chinese Importers' and Exporters' Association said Xia's remarks and call were necessary and timely, as the city is at a tipping point after it was battered by prolonged social unrest in 2019 and the economy was hammered by the pandemic.

"We hope related work will be put on the agenda in the near future," the association said, adding that it also expects, with the related policies and mechanisms in place, that the city will address its problems step by step and move on.

Hong Kong legislator Martin Liao Cheung-kong said that he fully supports an immediate improvement of the city's electoral system in accordance with the principle of "patriots governing Hong Kong".

This will be the only way for Hong Kong to get rid of internal disturbances, to guarantee the steady and sustained implementation of "one country, two systems", and to have more room for patriots governing Hong Kong with a high degree of autonomy, he said.