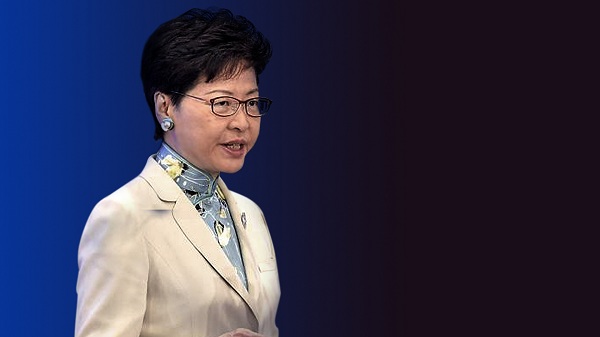 "Such extensive disruptions in the name of certain demands or uncooperative movement has seriously undermined Hong Kong's law and order and are pushing our city, the city that we all love and many of us helped to build, to the verge of a very dangerous situation," Lam emphasized.

Lam added that the Hong Kong Special Administrative Region (SAR) government will be resolute in maintaining law and order in Hong Kong and restoring confidence.

"The only thing to deal with violence is not to do anything to give way to more violence...The only way to deal with it is to rely on the rule of law."

Say no to chaos and violence

Calling on residents to set aside their differences, Lam said during the press conference that "this is the time for us to bring back order and say no to chaos and violence."
Hong Kong is bracing for major disruptions to business today, as a general strike threatens to paralyze parts of the Asian financial center.

The strike came after another weekend of violent protests, which the government said were pushing the city to "an extremely dangerous edge".
Police said they have arrested 44 people for offenses including unlawful assembly and possession of weapons.

Some protesters blocked Gloucester Road and both traffic lanes of the nearby Cross-Harbour Tunnel, leading to complete closure. During the blockage, an ambulance was stuck at the entrance of the tunnel tube.
Meanwhile, a number of police stations were besieged by violent protesters. Some services at stations in Tseung Kwan O, Wan Chai, Wong Tai Sin, Kwun Tong and Tin Shui Wai were temporarily suspended, affecting officers' ability to provide emergency services.
Police have strongly condemned the protesters for disregarding law and order, reiterating that enforcement actions will be taken against all illegal and violent acts.

They said they always respect the public's freedom to express views and opinions, as well as the right to assembly. However, they believed the situation is getting out of control, and law and order must be maintained.