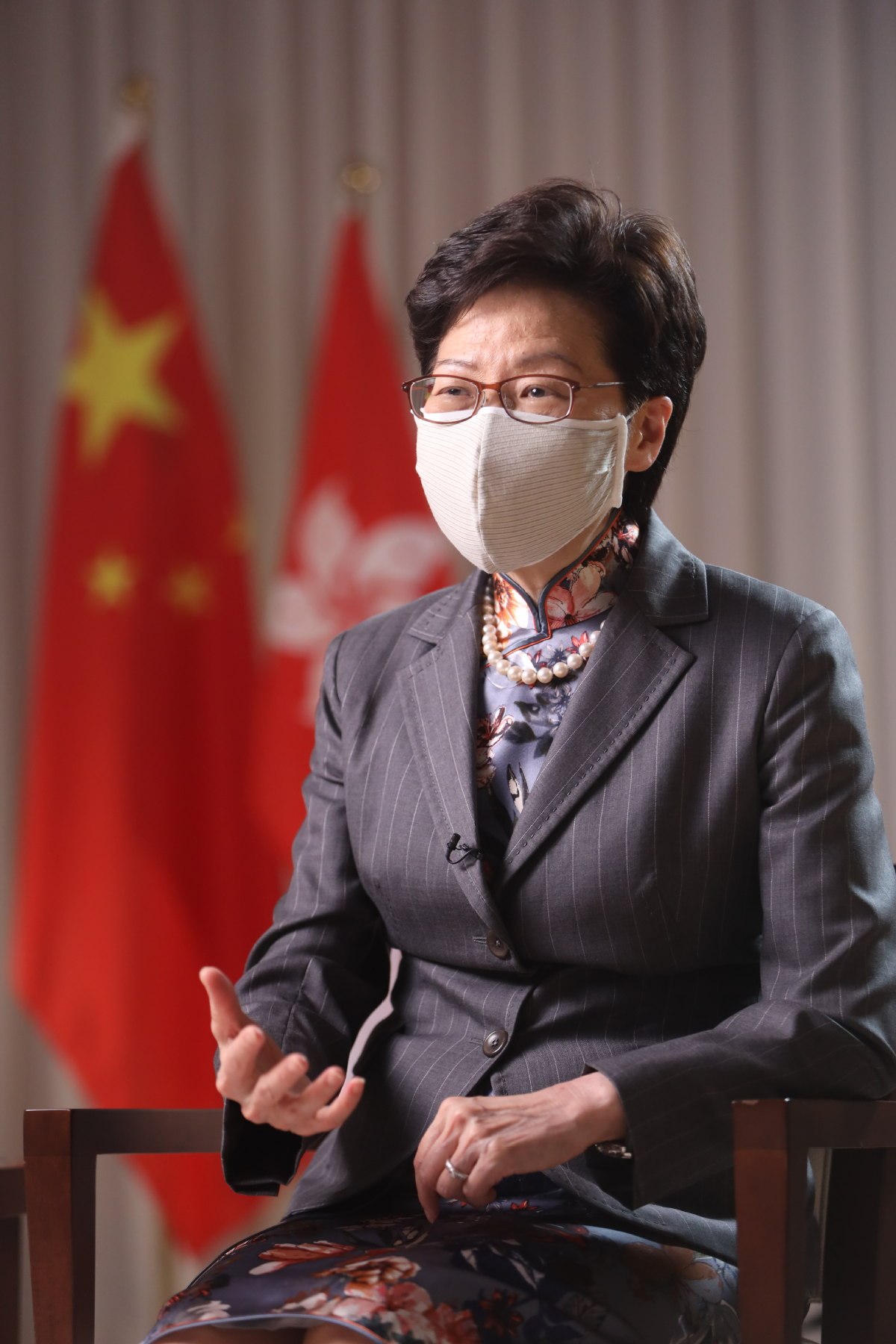 Hong Kong's leader lambasted the United States government on Wednesday for what she called its continued, blatant intervention in the city's internal affairs, citing unreasonable and unjustified actions as proof of the country's hypocrisy.

The US has stepped up its interference in Hong Kong since the enactment of the National Security Law for Hong Kong on June 30. It has so far imposed sanctions on 29 Hong Kong and mainland officials involved in implementing the law, and passed a so-called Hong Kong People's Freedom and Choice Act.

Speaking during an exclusive interview with China Daily, Chief Executive of the Hong Kong Special Administrative Region Carrie Lam Cheng Yuet-ngor said she thinks everyone would agree the US conduct is against international law.

Now returned to the motherland, the HKSAR is an inalienable part of China, with its matters remaining China's internal affairs, Lam stressed.

"No state should try to interfere in matters that squarely fall within the domestic affairs of another state. And the enactment of national security legislation is clearly, without doubt, an internal matter of any state," Lam said.

Lam, who is on the US sanctions list, expressed her disapproval at the US as she said it openly demonstrates double standards in handling national security issues.

The city's first female leader said there is no fear on her part or on the part of eight other Hong Kong officials sanctioned by the US. "The more these overseas governments and politicians try to threaten us, the stronger we are in order to discharge our important role," she said.

Lam called the national security legislation the most important breakthrough for Hong Kong to fulfill its constitutional duty in safeguarding national security under the "one country, two systems "principle, and it has proved to be effective in restoring law and order in the past few months.

But the city's leader said that enacting Article 23 of the Hong Kong Basic Law is still on her agenda, since there are more crimes relating to national security than the four under the National Security Law for Hong Kong.

The article stipulates Hong Kong should enact its own laws in safeguarding national security. Without providing a firm timetable, Lam said only that necessary groundwork is being done.

While reviewing her three years as chief executive, Lam said unswerving support from the central government has helped fortify her during tough times.

She also mentioned central government support for the SAR during the pandemic.

"The support is amazing. … The central government always stands behind Hong Kong," she said.