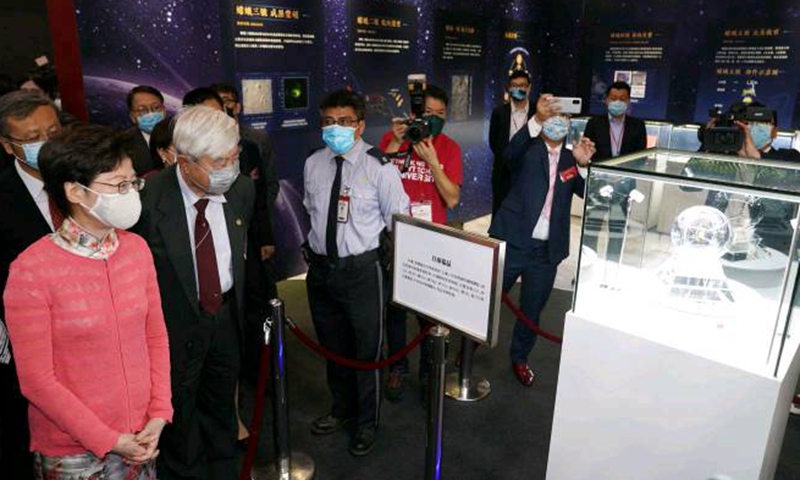 Lunar soil brought back by China's moon mission was on display Saturday in the Hong Kong Special Administrative Region (HKSAR). HKSAR Chief Executive Carrie Lam Cheng Yuet-ngor said in the inauguration ceremony of the exhibition that she expected more engagement and contributions from HKSAR for the country's aerospace program as the national platforms provide Hong Kong's tech communities with brighter prospects.

The inauguration ceremony of the exhibition showcasing the lunar soil in Hong Kong kicked off on Saturday before the exhibition is officially unveiled to Hong Kong residents on Sunday. It will run until mid-July.

The sample, currently exhibited in the Hong Kong Convention and Exhibition Center, was picked up from the moon in December 2020 by the Chang'e-5 lunar probe, the first lunar collection brought back to Earth in more than 40 years. The probe returned with 1,731 grams of lunar soil.

Lam hailed the lunar soil exhibition and contributions that Hong Kong people made for the country's aerospace. She said the exhibition allows Hong Kong residents to share the remarkable achievements of the national aerospace industry and with the help of the central government agencies and scientists, Hong Kong is able to make more contributions to the national aerospace science and technology to further promote the development of "one country, two systems," Lam said.

In her remarks, Lam jokingly said Hong Kong people are interested in lunar soil not because the name of their chief executive has the word "Yuet-ngor" (or "yue e" which literally means "goddess of the moon" or the "moon" in Chinese) but because the country's lunar program has the participation from Hong Kong people. 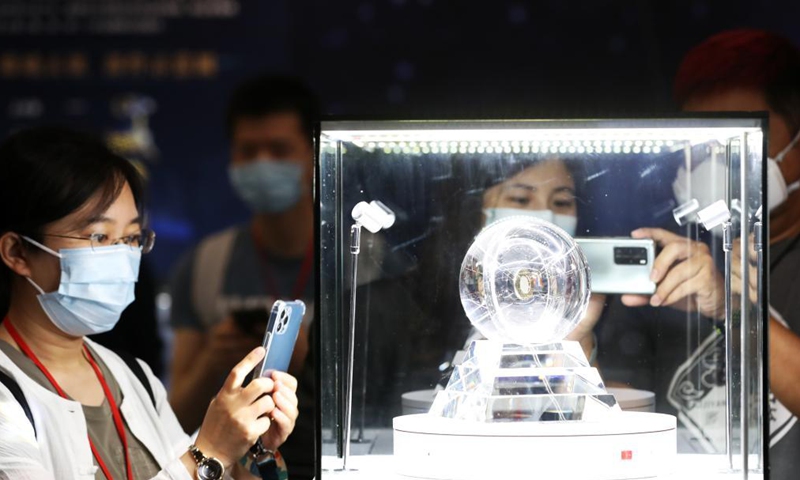 The lunar soil reached Hong Kong on Tuesday, along with a delegation of six top Chinese space engineers and designers.

Wong Kam-Leung, the chairman from Hong Kong Federation of Education Workers told the Global Times Saturday that a series of activities of aerospace scientists in Hong Kong will improve young people's understanding of aerospace, stimulate their innovative and exploratory thinking, and enhance the sense of national identity among them.

At the opening ceremony, Tan Tieniu, Deputy Director of the Central People's Government's Liaison Office in Hong Kong SAR, said Hong Kong science and technology community has always had the noble sentiment of serving the country, and the country also offers a bigger platform for them to show their talents. Wisdom and plans from Hong Kong will inject greater momentum into the country's high technology development, Tan said.

A research team at the Hong Kong Polytechnic University (PolyU) developed and manufactured one of the key systems for the country's first lunar sample return mission, namely the "Surface Sampling and Packing System", in collaboration with the China Academy of Space Technology. 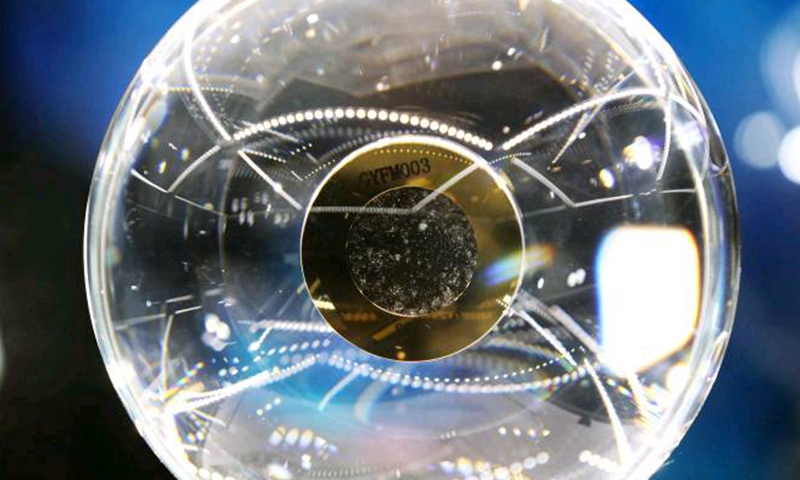 The lunar soil has been arranged in the most conspicuous position in the exhibition hall, enclosed in a glass ball. Behind the lunar soil, there is also a model of components of Chang'e-5 that performed the lunar sample return mission.

The exhibition also features items and articles of Chinese scientists over the last 100 years to show their inspiring stories. One of these stories is that of the "Two Bombs, One Satellite" project, a program aimed to boost China's scientific and defense capabilities and embodying the Chinese people's national spirit of self-improvement and self-reliance, the Global Times learnt.

Observers believe the display of such precious items in Hong Kong will encourage more Hong Kong scientists to participate in the country's scientific projects and engage in academic exchanges with the Chinese mainland.