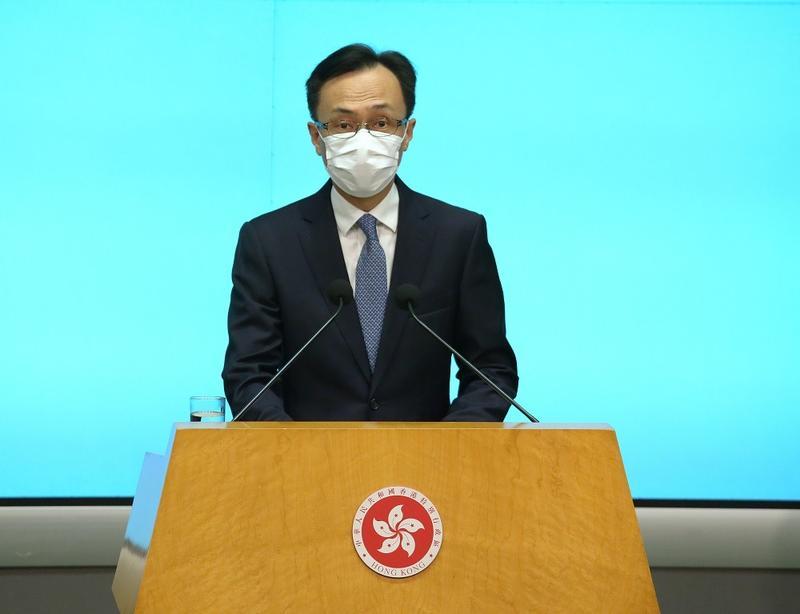 Newly appointed Secretary for the Civil Service Patrick Nip Tak-kuen stressed on Thursday that Hong Kong's more than 170,000 civil servants have a strong obligation to uphold political neutrality. Nip also vowed to deal with any violations of it very seriously.

Political and legal pundits echoed this view, saying a tougher stance must be taken on any breaches of this principle as such transgressions undermine the government's authority.

Nip made the remarks a day after he was reassigned to the post. He had previously served as the city's secretary for constitutional and mainland affairs for three years.

At a press briefing at the Legislative Council on Thursday morning, Nip emphasized that civil servants must maintain political neutrality — a key principle of conduct stipulated in the Civil Service Code.

The code requires civil servants to serve the special administrative region's chief executive and government with total loyalty to the best of their abilities.

Civil servants' political beliefs should not impede them in performing their official duties or leave any impression of a conflict of interest.

Nip stressed that through established mechanisms, he will deal very seriously with any civil servant found to have violated these principles or to have participated in unlawful activities.

During last year's social unrest, some civil servants were found to have breached this code by participating in unlawful assemblies, or issuing anti-government statements.

At least 43 civil servants have been arrested on suspicion of participating in unauthorized protests since June. Among them, 42 were suspended from their duties.

Lau Siu-kai, vice-president of the Chinese Association of Hong Kong and Macao Studies, warned that such misconduct has undermined the government's efficiency and authority.

He said the government should punish people who violate this principle, while increasing other civil servants' awareness of their obligations through education.

"Observing the code of conduct and upholding professional ethics are the most basic requirements of the civil service," Lau said.

Legal expert Song Sio-chong also argued that civil servants, who play a key role in the city's governance, should observe this code of conduct.

He agreed that people who fail to uphold the core values and standards of the civil service should be punished through proper legal procedures. This would act as a deterrent to others.

Meanwhile, Song noted that some civil servants lack a solid understanding of the Basic Law, which has affected their work performance. He also advised authorities to boost education in this area.