On Wednesday morning, a Hong Kong court issued an interim injunction order, prohibiting the protesters from staying at the Hong Kong International Airport, after the aviation hub was paralyzed for two days since Monday. 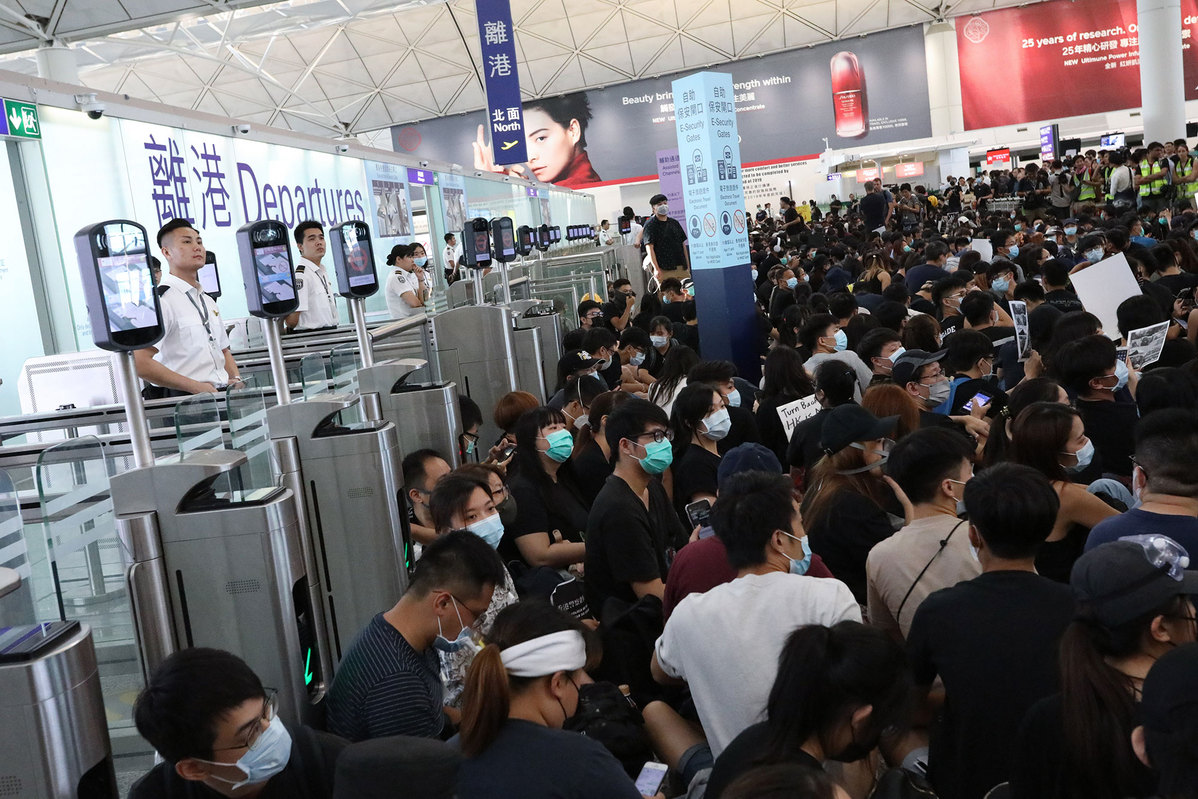 According to a statement issued by the Airport Authority on Wednesday about 8:30 am, the injunction order prohibits any person from unlawfully and willfully obstructing and interfering with proper use of the airport.

The airport authority is in the process of obtaining sealed copies of the interim injunction and will publish it upon obtaining the copies.

Some protesters have been holding unauthorized public assemblies at the airport since Aug 9 and seriously obstructed to the operation of the airport on Aug 12 and 13, causing a lot of flight cancellations.