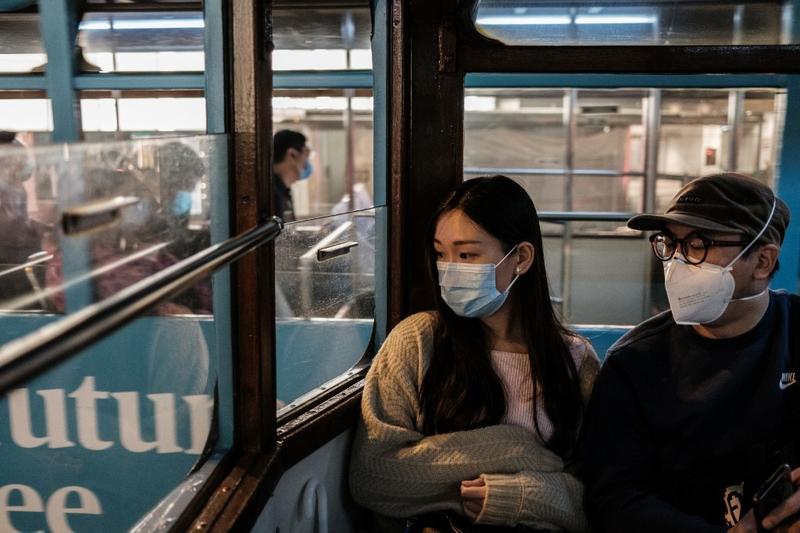 In this photo taken on March 12, 2020, passengers wear face masks, as a precautionary measure against the COVID-19, as they commute on a tram in Hong Kong. (Photo: AFP)

Hong Kong Customs arrested four people on Saturday after four types of surgical masks were found to have exceeding levels of bacteria.

Bacterial levels of the substandard masks, priced from HK$200 to 499 per box of 50 pieces, have exceeded the maximum level by 0.4 to 11.5 times, customs said in a statement.

Wearing such masks for a long period of time may lead to facial discomfort, especially for the elderly and young children who have weakened immune systems, rendering them higher risks of respiratory infections.

Two of the samples were manufactured in Turkey and Nepal, while the remaining two had no manufacturing labels. Initial investigations suggested they might have come from Southeast Asian countries, customs said.

Four people – three men and one woman aged between 28 and 40 – in charge of four pharmacies have been arrested on suspicion of violating the Consumer Goods Safety Ordinance.

The operation was part of a territory-wide special operation codenamed "Guardian" to ensure the safety of protective items on the market.

More than 3,200 officers have been mobilized to conduct over 22,000 inspections at retail spots since the launch of the operation on Jan 27.