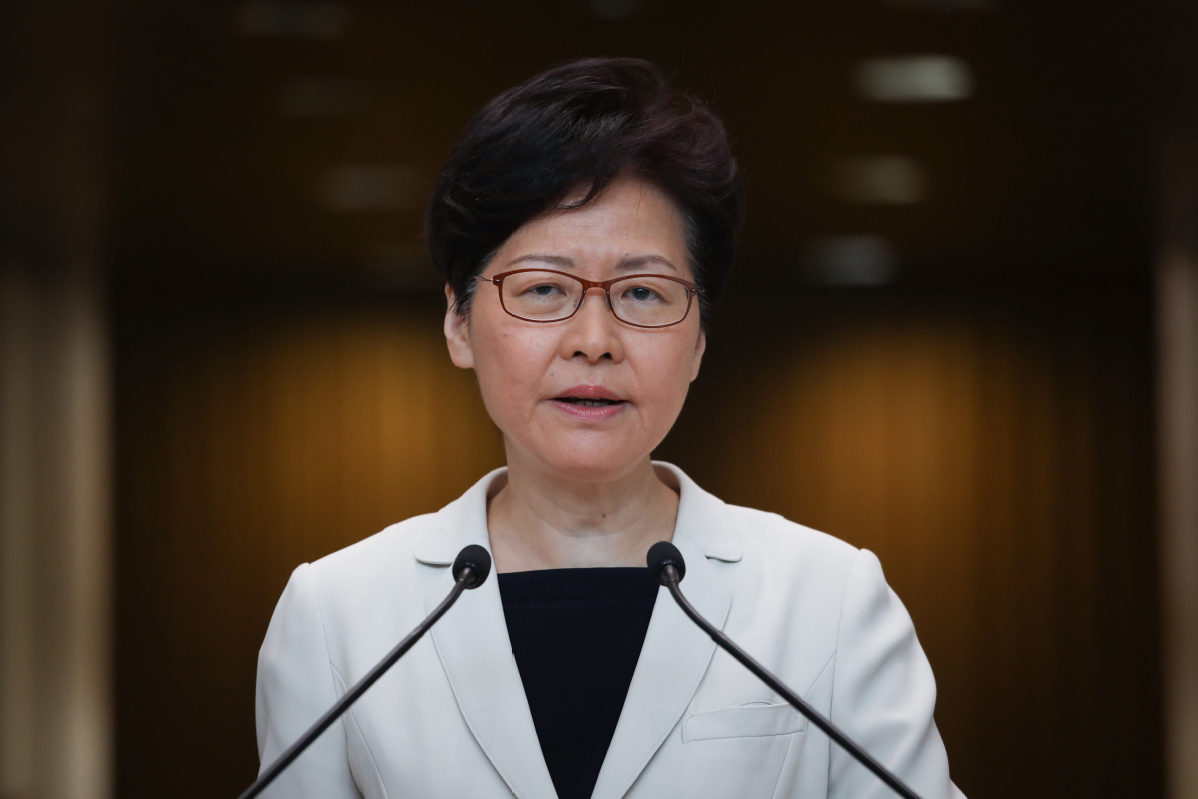 Hong Kong Chief Executive Carrie Lam Cheng Yuet-ngor said on Tuesday the government would spare no efforts in establishing a platform to conduct dialogue with the people of the Hong Kong Special Administrative Region, regardless of their ideological stances, in order to find a way out of the political impasse.

Speaking to journalists before the weekly Executive Council meeting, Lam emphasized that the initiative should not be seen as condoning the violence, which escalated during protests over the weekend. The government has zero tolerance for violence regardless of the circumstances and political motives, and it is committed to bringing perpetrators to justice, she said.

"Starting a dialogue does not mean we should condone violence. Just imagine under the pretext of communication that we tolerate all forms of violence in Hong Kong. That would be the end of the rule of law in Hong Kong," Lam said.

Lam's remarks came after she and SAR government officials engaged in talks with different groups twice over the past few days－one with high-profile community leaders and the other with mainly youth representatives. She declined to disclose details of the talks or identify the participants, but mentioned that she had reiterated the reasons behind the government's objection to establishing an independent investigation commission, which is one of the protesters' key demands.

Her remarks came after the city endured the 12th weekend of violent protests against the now-abandoned extradition bill. In the most recent disturbances, radical protesters attacked police officers with gasoline bombs and bricks at multiple locations in Kowloon, and sabotaged 20 multifunctional lampposts that were part of the smart city project.

"For the families of my police colleagues, I just do not see the association of the protests and the protesters' demands with the harassment of police families," Lam said.

"And I hope every one of us, the education sector especially, takes into account the bullying and harassment of children. And not just those in police families, but children everywhere," she added.

Fifteen juvenile protesters, aged between 12 and 15, have been arrested for roles in the protests that were originally against the now-abandoned extradition bill, police said on Tuesday.

One 12-year-old boy who was arrested is believed to have just finished his elementary schooling.

Li Chi-lam, principal of Lingnan Hang Yee Memorial Secondary School, confirmed on social media that a student at the school was arrested on Sunday.

Ho Hon-kuen, chairman of professional association Education Convergence, said he was saddened to see juveniles taking part in illegal assemblies. He added the incident raised a red flag in the education sector and should bring about in-depth reflection on liberal studies.