The financial market in Hong Kong remains strong despite the changing geopolitical situation and the Hong Kong stock market could embrace a "harvest year" in 2020 after years of investment, director of Hong Kong Exchanges and Clearing (HKEX) Charles Li Xiaojia said on Thursday. 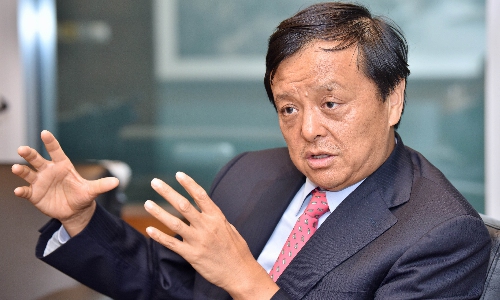 This year marks the 20th anniversary of HKEX's public listing. Li noted that the share price of HKEX has soared from HK$3.88 a share two decades ago to about HK$300 a share, marking a new era for the bourse's development.

"The Hong Kong financial market will be redefined after the HKEX listing mechanism reform, which could attract more companies in tech and 'new economy' industries such as Alibaba and Xiaomi to list," Li said.

Li said that the HKEX is cooperating closely with London Metal Exchange and Qianhai Mercantile Exchange, a commodity trading platform based in Shenzhen, South China's Guangdong Province, communicating on prices and quotes.

Li expected a large-scale breakthrough in the cross-border commodity trading connect regime to be phased in in 2021, with cooperation of relevant departments in the Chinese mainland.

The northbound daily transaction volume under the Bond Connect scheme also inches closer to 30 billion yuan. Li said that he hopes such a connect scheme that links the Chinese mainland with Hong Kong could include more financial assets.