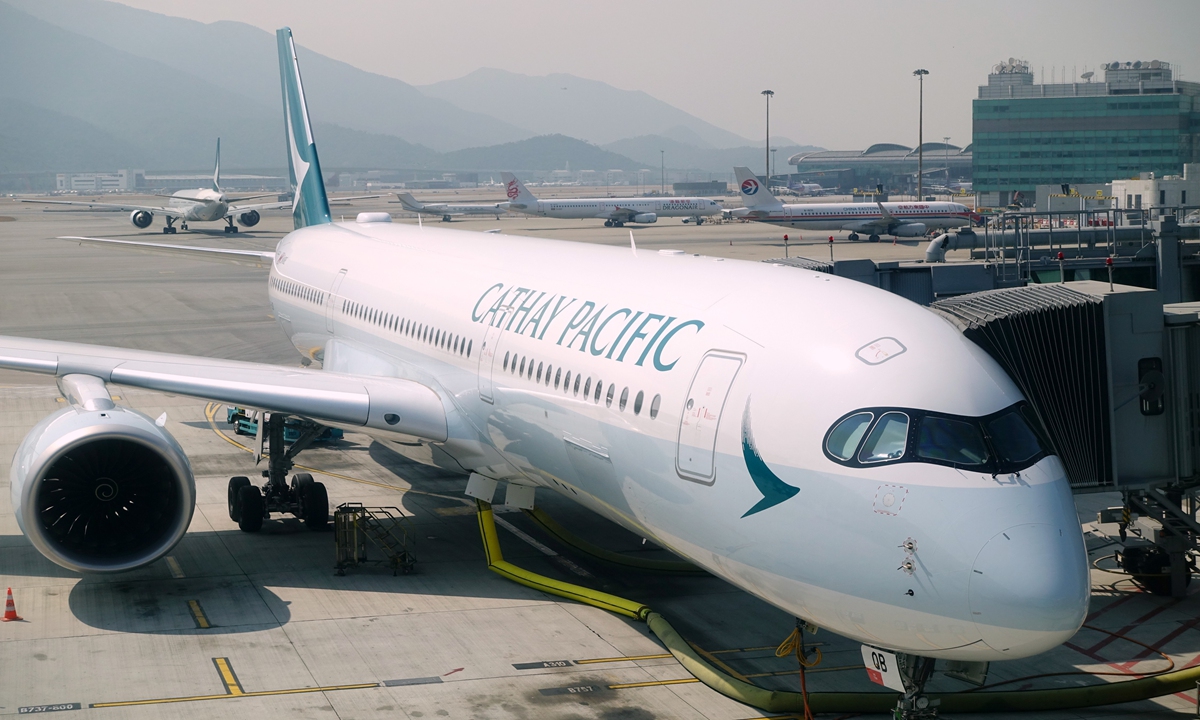 Hong Kong Police Force confirmed with the Global Times on Sunday that no one was injured on a flight bound for the Chinese mainland from the Hong Kong Special Administrative Region on Saturday with an alleged explosive device turning out to be a live threat.

The police said they received a report on Saturday morning which claimed that a bomb was placed on an aircraft departing from Hong Kong to Beijing at 10:40 am. By the time police became aware of the report the flight had already departed Hong Kong. The police said they immediately took measures to address the emergency, and that no one was injured.

It has since come to light that the explosive device represented a live threat, police are yet to make any arrests. The case is being investigated, police said.

Airline Cathay Pacific also confirmed with the Global Times on Sunday that an emergency slide was deployed to evacuate passengers and crew from flight CX390 after the authorities had received information concerning the reported security threat.

Cathay Pacific said that a small number of passengers sustained minor bruises in the process and appropriate medical care was provided and none required hospitalization.

"We will continue to provide necessary assistance and support to the concerned passengers. The airline will also continue to cooperate with the authorities on the investigation," the company said.