The government of the Hong Kong Special Administration Region (SAR) issued a strong-worded statement on Friday in response to the Trafficking in Persons Report by the US, calling the report "based on hearsays" and "illogical." 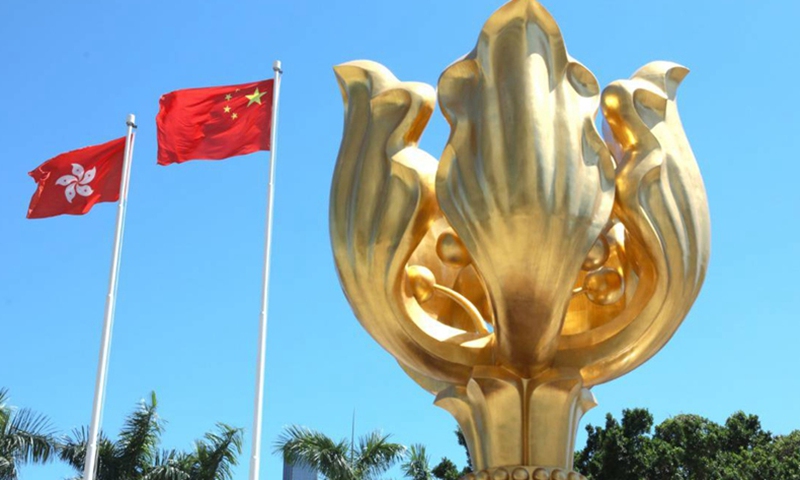 According to the statement, Hong Kong SAR's government refutes the report as merely based on hearsay and lack of specific cases, adding that its rating on Hong Kong's trafficking situation is "obviously seriously biased and not substantiated by facts."

The US trafficking in person report for 2020, which was issued on Thursday, downgraded Hong Kong from a Tier 2 position in 2019 to Tier 2 Watch List, stating that Hong Kong's government does not fully meet the minimum standards for the elimination of trafficking. The report also accuses local authorities for failing to investigate, prosecute, or convict instances of labor trafficking.

The report cites several NGO reports, claiming that traffickers in the city exploit migrant workers from overseas to work in low-paying sectors, such as construction, electronic recycling facilities, nursing homes, and private homes. It also calls for more comprehensive anti-trafficking laws, and for the city to improve the current quality of workplace screening and collaboration with NGOs and social welfare experts.

However, according to its spokesperson, the Hong Kong government has always attached great importance to combatting trafficking in persons (TIP), especially through trafficking victim screening and policy steering.

In Hong Kong, trafficking in persons has never been prevalent given the small number of victims identified, the statement said, adding that the city has never been identified as a destination or transit point for trafficking, with the US report failing to present any evidence to prove otherwise.

Hong Kong is one of the largest destinations for migrant workers in Asia, with many working in the domestic care industry. In fact, approximately 400, 000 foreign domestic workers are currently employed in Hong Kong, mostly from Indonesia and the Philippines.