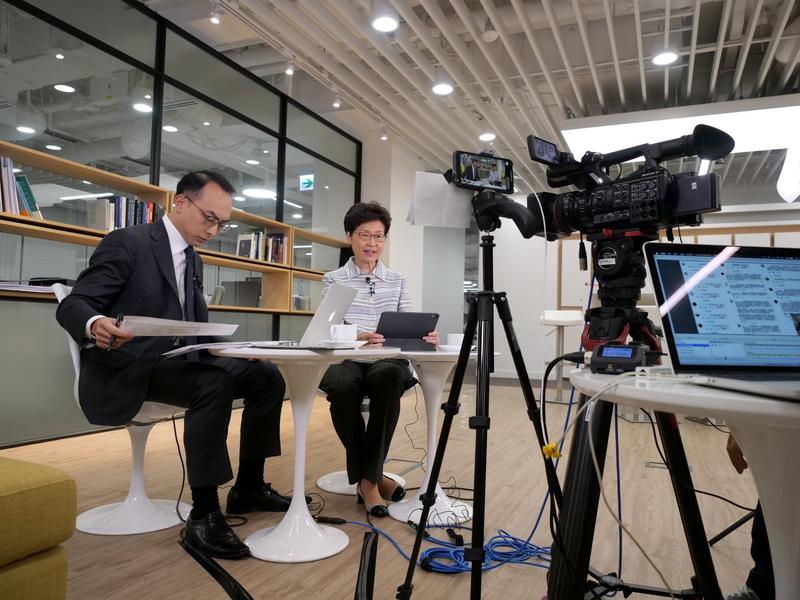 Senior officials of the Hong Kong Special Administration Region government will hold live sessions on social media platforms to explain policies of their departments as part of efforts to connect with the public.

The government is also planning to hold a second community dialogue session to allow the public to express their opinions before government officials.

Secretary for Commerce and Economic Development Edward Yau Tang-wah will be the first official to launch a live chat at 8 pm next Tuesday, according to the CEDB Facebook page. Yau will focus on the government's policies of supporting enterprises and protecting employment during the period of technical recession in Hong Kong.

Secretary for Labour and Welfare Law Chi-kwong is also scheduled to give a live broadcast in the coming two weeks.

It’s not the first time that the top ranking government officials are using social media to go on live to talk to the public. Lam joined a live question-and-answer session on Facebook on Oct 17 to explain her 2019 Policy Address to the public.

As part of the efforts to find a way out of the current impasse through dialogue, Lam pledged that she and her governance team would continue to engage in various forms of dialogues with the public and listen to people's views.

Lam said in her social media post that the HKSAR government maintains sincerity in communicating with the public.

The next community dialogue will be arranged as soon as possible, she added.

The first open dialogue between the Hong Kong government officials and the public took place on Sept 26. Some 150 randomly selected local residents attended the event, and 30 of them were given chances to express their views on social issues.