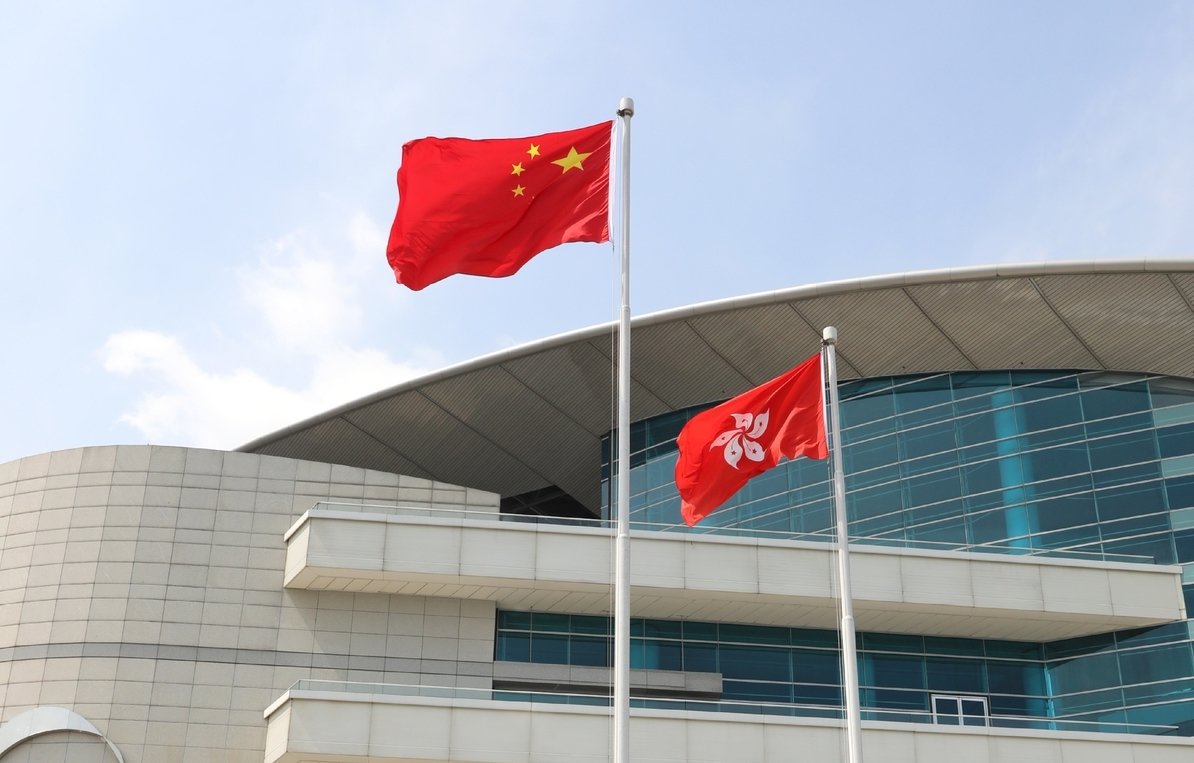 In response to the statement by President Trump on May 29 afternoon (about 3am, May 30, Hong Kong time) and comments by the United States (US) State Department over the last two days, a Government spokesman today (May 30) said:

"We note with deep regret that President Trump and his administration continue to smear and demonise the legitimate rights and duty of our sovereign to safeguard national security in the Hong Kong Special Administrative Region (HKSAR) which in turn is aimed at restoring stability to Hong Kong society. Our society has been traumatised by escalating violence and threats of terrorism over the past year.

"Hong Kong is an inalienable part of China. Any suggestion that the People's Republic of China does not have the right to protect its own territory from separatists, terror and anarchy does not stand up to scrutiny and smacks of hypocrisy and double standards. To allege that the improved legal system and enforcement mechanisms targeting an extremely small minority of criminals to be introduced by the national security law is undermining Hong Kong people's freedoms is simply fallacious.

"As pointed out by the Secretary for Security in the Legislative Council on May 27, every country has legislation in place to safeguard national security. He said that by way of web search, it was easy to find such legislation in the United States - comprising at least 20 relevant laws including the National Security Act, Uniting and Strengthening America by Providing Appropriate Tools Required to Intercept and Obstruct Terrorism (USA Patriot) Act, Logan Act, Homeland Security Act, Intelligence Reform and Terrorism Prevention Act, Foreign Intelligence Surveillance Act, Foreign Agents Registration Act, Foreign Missions Act, Alien Registration Act and Cybersecurity Information Sharing Act.

"We believe the existence of those laws to safeguard a country's national security and sovereignty does not give rise to fears of the loss of liberties by its people that will warrant international debate or interference by another country. It is generally acknowledged that all citizens should have the duty to safeguard their country's interests and hence the International Covenant on Civil and Political Rights explicitly states that the rights of individuals are subject to legal restrictions on the grounds of national security.

"If the mere enactment of a national security law is a universal sovereign obligation and does not contradict with individual freedoms and the rule of law, the reactions of the US and other foreign governments since the approval by the National People's Congress (NPC) of the Decision to enact such a law for application in the HKSAR are totally misplaced. The Decision to authorise the NPC Standing Committee to prepare and enact the law is part of a two-step legislative process and as stipulated in the Decision, the NPC Standing Committee has to prepare the legislation based on clearly stated objectives and basic principles.

"The proposed law only targets acts of secession, subverting state power, organising and carrying out terrorist activities, as well as activities interfering with HKSAR's internal affairs by foreign or external forces. The five basic principles include firmly safeguarding national security, bettering the system of 'One Country, Two Systems', governing Hong Kong in strict accordance with the law, resisting external interferences in Hong Kong's affairs and upholding the legal rights and freedoms of Hong Kong people.

"In a subsequent statement issued by the Hong Kong and Macao Affairs Office of the State Council on May 29, it reaffirmed that the enactment of national security legislation would not change the high degree of autonomy enjoyed by the HKSAR; it would have no impact on the HKSAR's judicial independence, including that of final adjudication as enshrined in the Basic Law.

"President Trump's claim that Hong Kong now operated under 'one country, one system' was completely false and ignored the facts on the ground," the spokesman said.

The spokesman said that in exercising our high degree of autonomy under "One Country Two Systems", the HKSAR Government was resolutely committed to upholding its international responsibilities and agreements with the US and all countries in areas such as trade, investment protection, mutual legal assistance, the fight against transnational crime and terrorism, as well as education and cultural exchanges. It is relevant to note that many of these bilateral co-operations are underpinned by multilateral institutions such as the World Trade Organization, the International Civil Aviation Organization, etc. or bilateral agreements negotiated over the years such as the Tax Information Exchange Agreement or Air Services Agreement. They are not a "gift" to Hong Kong by another jurisdiction.

"We do not believe that sanctions or trade restrictions against Hong Kong are justified. They will lead to a breakdown of the mutually beneficial Hong Kong-US relationship built up over the years and only hurt local and US businesses in Hong Kong and the people working for them.

"We are not unduly worried by such threats as Hong Kong will continue to rely on her fundamental strengths of the rule of law, independence of the judiciary, free and open trade policy, level playing field, etc. and unique advantages brought about by the continuous opening up of the Mainland economy. Also, in recent years, we have been doubling our efforts in diversifying our markets, including more focus on the fast-growing ASEAN economies, which as a whole was Hong Kong's second largest trading partner, accounting for 12.1% of our total trade in 2019 (as compared to 6.2% with the US) and destined to grow," the spokesman said.

In terms of bilateral trade, the US has been enjoying a trade surplus with Hong Kong over the years which has been the biggest among all its trading partners. In 2019, total trade in goods between Hong Kong and the US stood at HK$517 billion (i.e. 6.2% of our total trade in goods), whereas our domestic exports to the US was a modest HK$3.7 billion. According to the US, US enjoyed a trade surplus of over HK$200 billion with Hong Kong in 2019.