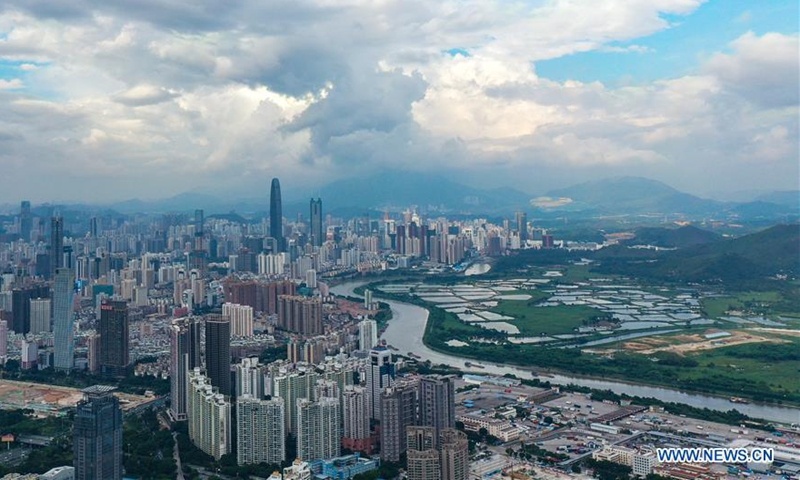 The Hong Kong government plans to submit the agenda to the Legislative Council again in the near future to complete the construction of a large cemetery complex dubbed the 'Super Funeral Town', local media Wen Wei Po reported on Tuesday. This funerary project is expected to provide 200,000 ashes stalls for Hong Kong residents upon completion, relieving the pressure on cemeteries in Hong Kong. However, its site is less than 300 meters from the Luohu district of Shenzhen across a small river that marks the city limit.

Eunice Yung, one of the renowned members of the Hong Kong Legislative Council (LegCo) expressed her concern over this plan, pointing out that the single construction of a funerary project is not practical and added that "the Hong Kong government should establish a more compatible way to integrate with the development of the Greater Bay Area."

During a recent interview with local media, Wen Wei Po, she mentioned that "the government should consider relocating funeral services to areas far away from the population, while the prime areas between Shenzhen and Hong Kong should be used for more valuable purposes."

The construction of a large funerary project was first brought up in 2013. Before the plan was formally proposed, the Hong Kong government had consulted with local residents at the Shenzhen River border. Although some residents expressed doubts about the matter, the majority agreed on the construction of the site. However, the Hong Kong government never consulted with residents of Shenzhen, on the other side of the river.

In 2015, discontent began to emerge in Shenzhen, arguing that the completion of the project would require local residents to look directly at a scary and even disgusting funerary town, which would put greater psychological pressure on the residents.

According to a report on the website of the Supreme People's Court of China, Liang Rui, a delegate of the Shenzhen Municipal People's Congress, submitted a proposal in 2015 during the two sessions of the city to formally request a solution to the issue.

Many residents of the Chinese mainland also said they could not accept the cemetery's location, with some even pointing out that it was immoral to build a tomb next to the downtown area of a neighboring city.

"The site is just so close to Shenzhen that its residents should be consulted on this situation. Not everyone wants to see a cemetery in the city center every day," one netizen wrote on China's Twitter-like social networking platform, Sina Weibo.