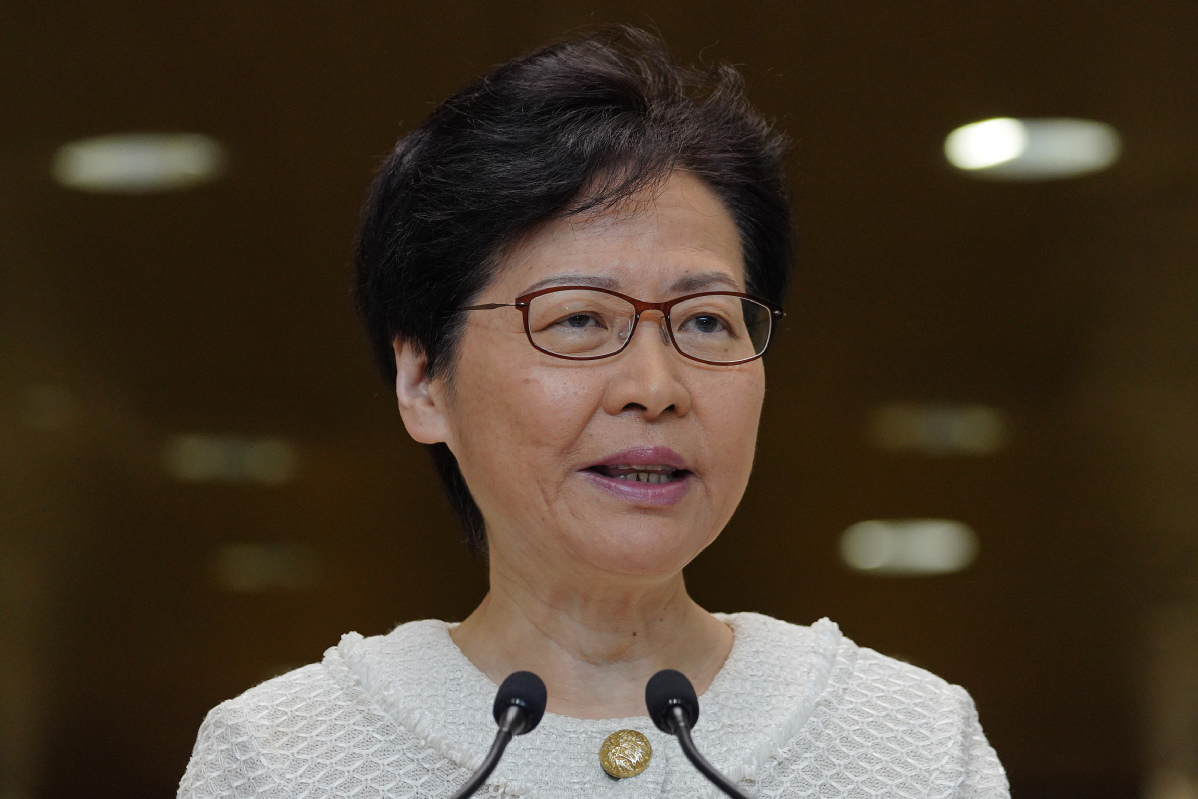 Hong Kong Chief Executive Carrie Lam Cheng Yuet-ngor will visit Beijing on Wednesday and share her views on national security legislation with central government officials, according to a statement issued by the HKSAR government on Tuesday. She will return to Hong Kong on Thursday morning. During her absence, Chief Secretary for Administration Matthew Cheung Kin-chung will be the acting chief executive.