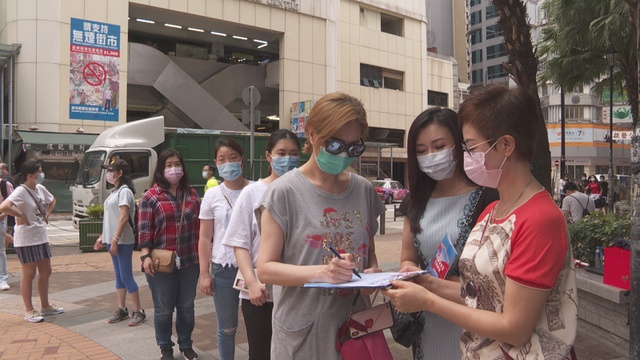 Editor's Note: China Daily will publish a series of stories, interviewing experts from Hong Kong and the mainland, to further explain the draft law on safeguarding national security in Hong Kong.

The national security law for the Hong Kong Special Administrative Region will fully protect the human rights and freedoms people currently enjoy in the SAR, legal experts said after more details of the draft law were made public.

In the past few weeks, Hong Kong residents, especially those from nongovernmental organizations, have been discussing the protection of their rights and freedoms under the upcoming law. The National People's Congress, China's top legislature, has pledged to continue its efforts to consult with Hong Kong society during the remaining legislative work.

Having acknowledged that the draft law "absorbed opinions as much as possible", Hong Kong Chief Executive Carrie Lam Cheng Yuet-ngor said last week that concerns over rights and freedoms have been well addressed in the draft law, which lists how human rights under the Basic Law and two international covenants will remain intact.

Peter Wong Kit-hin, chairman of the Hong Kong Legal Professionals Association, said the draft has made it clear that Hong Kong people's human rights and freedoms will not be restricted or affected by the law.

He expected the law to end the lingering social unrest in the city and reinforce its status as a global financial hub, which will reassure overseas investors.

Kacee Ting Wong, a barrister and member of the Chinese Association of Hong Kong and Macao Studies, said the Standing Committee of the National People's Congress has been very "restrained and prudent" and has fully respected the "one country, two systems" principle during the legislative process.

"The draft makes a special mention that Hong Kong's core values－human rights and freedoms that are enshrined in two international human rights treaties－will also be upheld in the security law," Ting said.

The barrister said none of the laws added to Annex III of the Basic Law have ever triggered any incidents related to the violation of human rights since Hong Kong returned to China. The SAR now has 13 national laws in Annex III, with the latest, the National Anthem Ordinance, becoming effective three weeks ago.

The draft national security law also upholds the characteristics of Hong Kong's common law system, in which human rights are guaranteed during legal proceedings, such as the presumption of innocence and protection against double jeopardy, Ting added.

Some in the city are worried that freedom of speech will be undermined by the security law. However, Chim Hon-ming, principal of Hong Kong Chiu Sheung School, said he is not concerned that freedoms and human rights will be lost after the law is passed. He believes the law will benefit Hong Kong society, and the vast majority of Hong Kong people won't do anything that endangers national security.