CHINA HK looks to team up, grow with Shenzhen

HK looks to team up, grow with Shenzhen 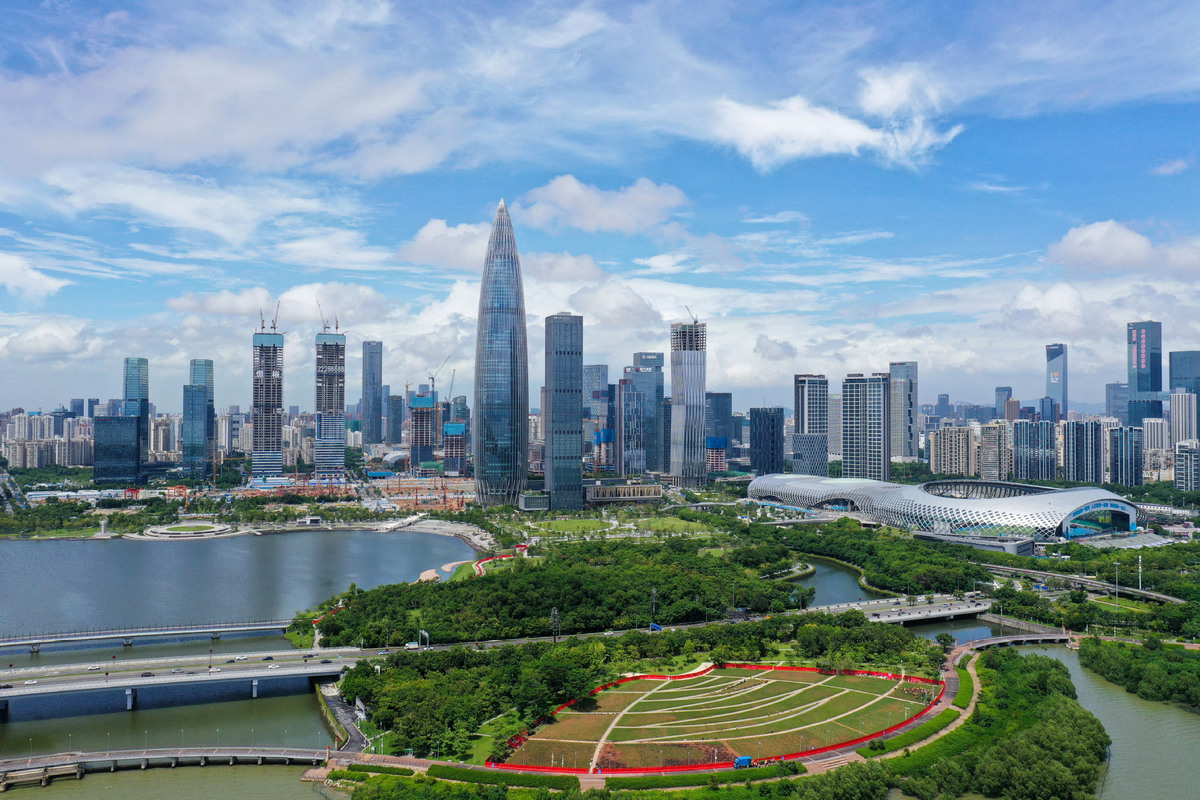 Lam said she has asked city bureaus to look for inspiration in the 27 newly announced reform measures and 40 pilot items set out for Shenzhen for the next five years by the central government. The measures authorize Shenzhen to turn itself into a pilot demonstration area for socialism with Chinese characteristics.

She said Shenzhen and Hong Kong can be the "dual engines "for the Greater Bay Area and jointly build a "twin city economy" by uniting Hong Kong's international prestige and Shenzhen's technical know-how.

Hong Kong has the "closest ties" with Shenzhen within the Bay Area and there is "enormous room" for them to push for deeper integration, Lam said.

As of May, an estimated 160,000 Hong Kong residents had applied for residence permits in Guangdong, and about 50,000 of them live in Shenzhen, Lam said. There are 80,000 Hong Kong enterprises in Shenzhen, accounting for 85 percent of Shenzhen investments from outside the Chinese mainland.

She said it is time for the two cities to expand their collaboration beyond traditional sectors such as investment, commerce, manufacturing and exports, and to discover new possibilities in fields such as innovation and technologies, cultural and creative industries, higher education and healthcare.

"That is my strategy to help Hong Kong's economy, not only to recover, but to prosper in the coming years," Lam said.

Stella Man, a 24-year-old Hong Kong marketing designer, said if favorable policies are rolled out by the government, she is willing to explore career opportunities in Shenzhen or other cities of the Bay Area.

Man said her six-month stint as a digital marketing intern in Chinese e-commerce giant Alibaba at its Guangzhou office has not only had a huge impact on broadening her world view, "but it also made my resume stand out. Every human resources manager has asked me about this experience whenever I interviewed for a new job in Hong Kong."

Man also said the experience has given her a taste of the way of global enterprises handle a project. "At Alibaba, the designers would come up with multipronged approaches in designing each pop-up advertisement. There are also plenty of e-platforms for disseminating their marketing materials. But at Hong Kong companies, the social media channels would usually be limited to Facebook or Instagram," she said.

Lam said she is determined to fortify the city's competitiveness and revive its pandemic-stricken economy.

Also on Tuesday, Hong Kong officials said local tourism groups of up to 30 people will be permitted starting on Friday as the city has had a steady decline in COVID-19 cases.

The Hong Kong Tourism Board also will offer a "free tour "program to Hong Kong residents. Starting on Tuesday, local residents who spend HK$800($103) or more at designated businesses can get a receipt to redeem for a tour of city sights to use between Nov 1 and Dec 3.

Board Chairman Pang Yiu-kai said that by promoting local tours, the travel sector will be given a hand in resuming business and preparing for international tourists once they can return.