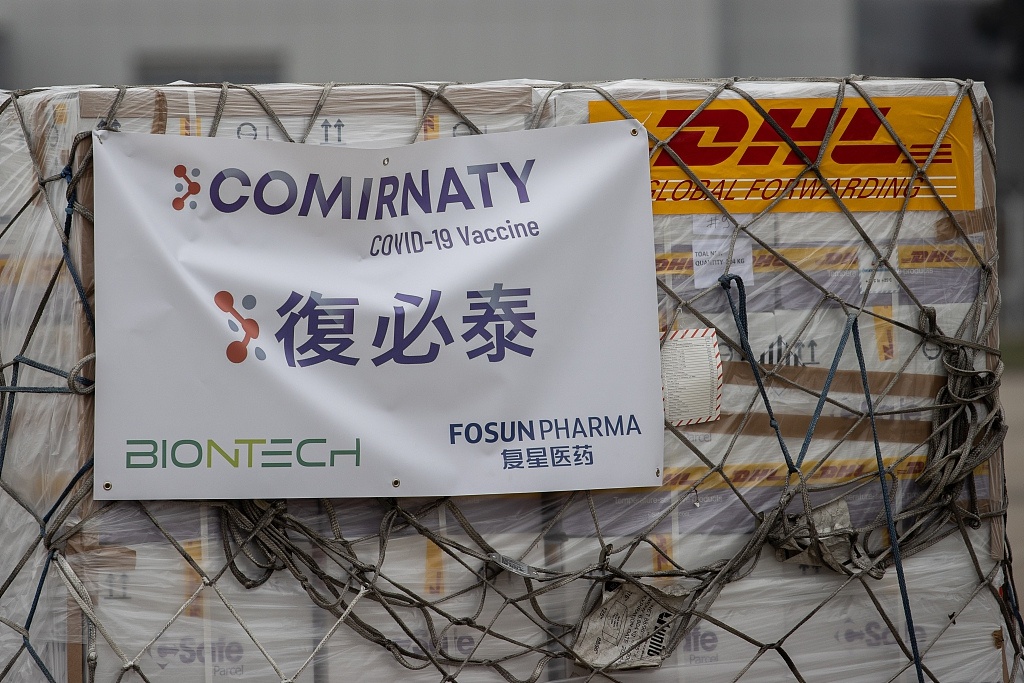 China’s Hong Kong and Macao special administrative regions (SAR) announced they were suspending inoculation with the COVID-19 mRNA vaccine co-produced by Germany’s BioNTech and China's Fosun Pharma from Wednesday after the packaging of a batch of the doses was found to be defective.

The SAR governments stressed that the suspension was preventive and aimed at ensuring the safety of vaccination.

The two SAR governments announced Wednesday morning on their official news websites that they have received a written notice from Fosun Pharma that a batch of the vaccine bottles had defective capping packages, and BioNTech and Fosun Pharma had launched an investigation.

As a precaution, the SAR governments requested all community vaccination centers to suspend the mRNA vaccine inoculation.

People who have made appointments for the vaccination from Wednesday do not need to turn up for them.

The developers said they have found no safety risks in the vaccine from batch number 210202, which is valid until June.

Another batch of the vaccine, No.210204, in Hong Kong will also be sealed and temporarily withheld from being administered.

With a high sense of responsibility for product safety and in order to ensure the safety of the vaccination, BioNTech and the Fosun Pharma have initiated an investigation into the cause of the faulty packaging of the vaccine doses, media cited a statement by Fosun Pharma as saying.

Tao Lina, a Shanghai-based vaccine expert, told the Global Times on Wednesday that as the developers have not disclosed the specific flaws, it is difficult to say if they will have an impact on vaccine safety and effectiveness.