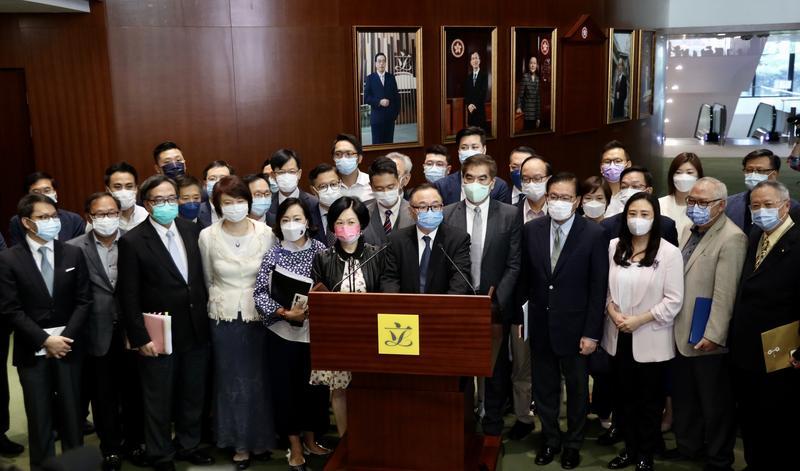 HONG KONG - Hong Kong can expect a "new chapter of good governance" and overall progress in the economy, people's livelihoods and youth development with the improved electoral system.

The comments came from the central authorities and various sectors of the Hong Kong community after the city's legislature passed amendments to local electoral laws on Thursday.

A spokesperson for the State Council's Hong Kong and Macao Affairs Office hailed the reform as part of the procedure to establish a new order of "patriots administering Hong Kong", along with the National Security Law for Hong Kong and the public offices ordinance that requires civil servants to swear allegiance to the Hong Kong Special Administrative Region government.

Under the new legislation, anyone aspiring to hold public office must firmly support the "one country, two systems" principle, respect the central authorities, and safeguard national sovereignty and security. Disorders that endanger political stability will be effectively addressed, and Hong Kong's democracy will march on a steady and healthy path, the spokesperson said.

The central government will fully support the SAR government in regulating electoral activities and cracking down on illegal acts to ensure smooth and orderly elections for the Election Committee, the Legislative Council and the chief executive. The elections are scheduled to be held on Sept 19, Dec 19, and March 27 respectively.

The Liaison Office of the Central People's Government in the Hong Kong Special Administrative Region said the electoral improvement has created a "democratic electoral system in line with the actual situation in Hong Kong".

It said the "democratic, open and progressive bill" effectively guarantees the rights of Hong Kong residents to vote in and stand for elections. The legislative process itself is a reflection of democracy and the rule of law since the government fully absorbed the comments from a broad spectrum of the local community during multiple rounds of meetings, and reflected them in 369 amendments.

Recalling the economic blow to Hong Kong during the 2019 social unrest, the Hong Kong Chinese Importers and Exporters Association said the improved electoral system is key to maintaining the city's regained stability and achieving good governance, as it ensures that power will be in the hands of patriots who will be of higher caliber. This will help boost the city's overall development and improve people's livelihoods, it said.

With patriotism as the minimum standard for politicians, candidates would have to compete on their ability and vision instead of their political stances, and this will inspire more talented young people to display their strengths in politics, said Ellen Tsang Fung-chu, chairwoman of the Y. Elite Association — a local youth group with more than 1,100 members.

An accountant herself, Tsang said the enlarged Election Committee would provide the city's 40,000-strong accounting profession with more opportunities for political participation and links to national development. This would help enhance Hong Kong's status as an international financial center in the long run, she said.