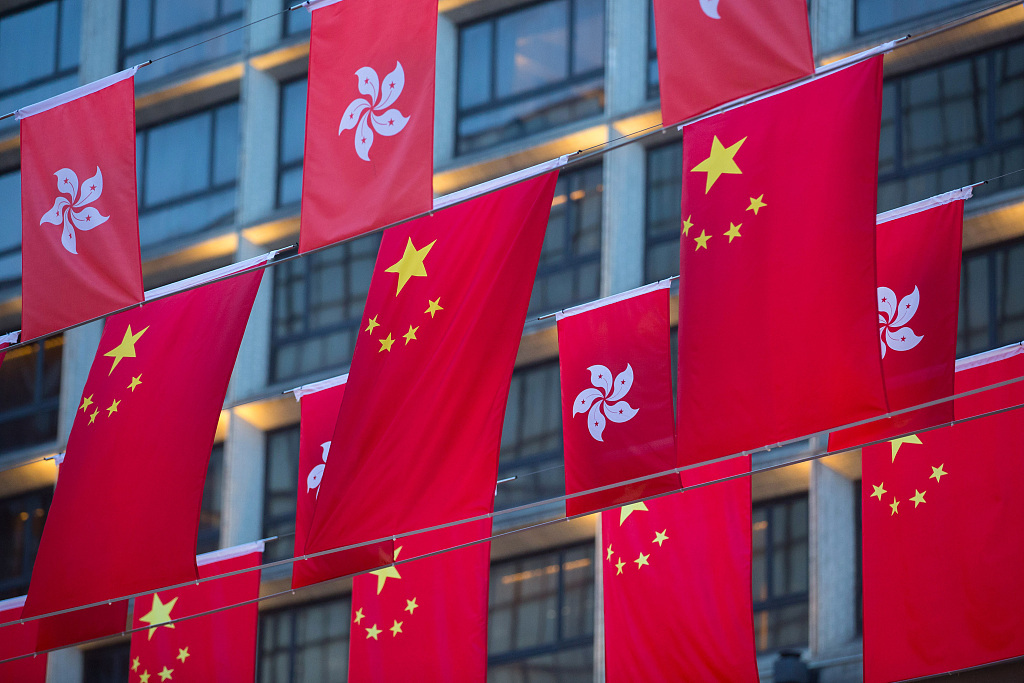 Those who govern Hong Kong must be patriots as it is a political requirement under the "one country, two systems" principle, as well as now being a legal requirement, a senior official of China's top agency in charge of Hong Kong affairs stressed on Tuesday.

The decision by the country's top legislature regarding Hong Kong lawmakers' qualification offers a solid legal basis for the rule, Zhang Xiaoming, deputy director of the State Council's Hong Kong and Macao Affairs Office, said in a video speech at a law summit marking the 30th anniversary of the promulgation of the Basic Law of the Hong Kong Special Administrative Region.

On Nov 11, the Standing Committee of the National People's Congress adopted a decision stipulating that lawmakers in the city will be stripped of their position if they are found to have broken their pledge of allegiance to the city. Based on this, the Hong Kong government disqualified four Hong Kong opposition lawmakers who had sought foreign intervention in Hong Kong affairs.

It is only natural to require those governing the city to love the nation, as the HKSAR is an inalienable part of the country, Zhang said, adding that the requirement is also in line with the original intent of the "one country, two systems" principle.

Over the years, the lack of a correct understanding of "one country, two systems" has led to some fallacies and a bumpy ride for Hong Kong, he said.

Zhang said he was referring to the mistaken idea that the NPC Standing Committee's decision undermines Hong Kong's judicial independence or that requiring civil servants to pledge allegiance to the city violates the political neutrality of civil servants. Other examples, he said, were the illegal "Occupy Central" movement in 2011 and the prolonged street violence over the now-withdrawn extradition bill in 2019.

It's time to set the record straight and right such wrong ideas, Zhang said. Patriotism should come before democracy, freedom and human rights, core values treasured by Hong Kong, he said.

In his opinion, Hong Kong will have more political room to maneuver if it holds tight to the bottom line of patriotism.

Zhang said he is delighted to see the SAR government making efforts to improve systems in areas like oath-taking by civil servants, national education and the qualification of lawmakers. He also noted there have been heated discussions on judicial reforms.

Chief Executive of Hong Kong Carrie Lam Cheng Yuet-ngor said at the same event that late Chinese leader Deng Xiaoping, who formulated the "one country, two systems" principle, had pointed out as far back as 1984 that Hong Kong must be governed by patriots.

The one-day summit had panel discussions focusing on interpretation of the Basic Law, responsibility for maintaining national security under the "one country, two systems" principle and the benefits of implementing the principle in the HKSAR.