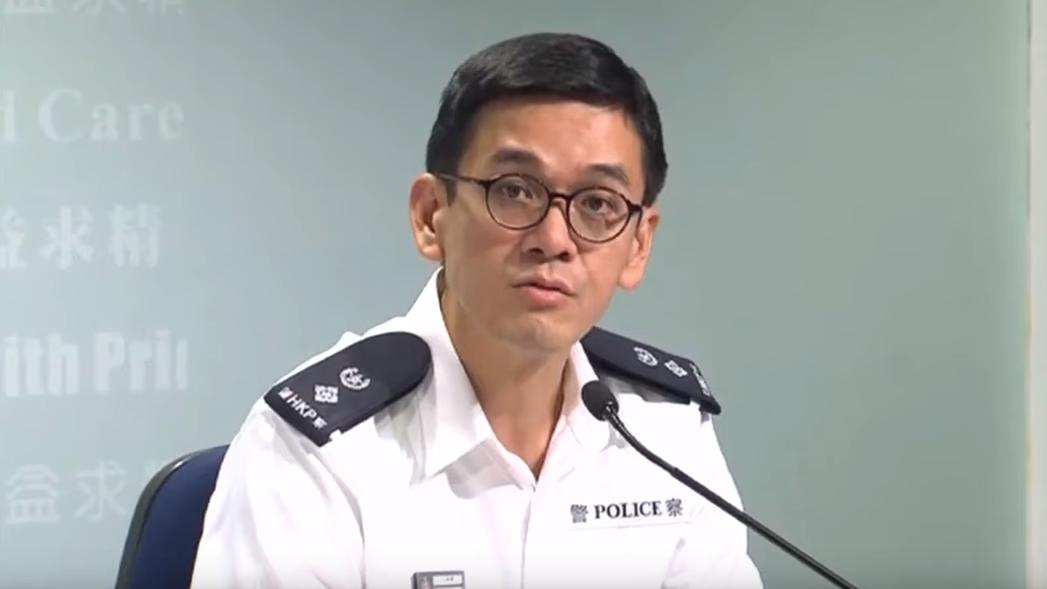 The Hong Kong police have arrested 1,187 people as of Wednesday, and regarding Wednesday night's operation, there is no record of any police injury, a police spokesman said on Thursday.
Kong Wing-cheung, senior superintendent of Hong Kong police's public relations branch, told a media briefing that over the past few months, there have been numerous accusations about the police.

"Some were made by anonymous individuals, and also rumors are circulating on the internet. In previous press conferences we have made clarifications. Unfortunately, many of these rumors are still circulating," said Kong.
He strongly denied the accusations and again appealed to the victims and their families to come forward and speak, and provide more information to the police so that they can have a better understanding of the offenders.
Kong said the accusations against the police of rape, murder and holding petrol bombs are very serious criminal allegations. The more serious the allegation is, the more cogent evidence is needed, he added.
"One must not hide behind the shield of mask when making such remarks and it's entirely unfair to the police… Regarding these anonymous complaints, we must be very prudent and we must make every effort to verify the complaint," said Kong.
"Since the Hong Kong police was established 175 years ago, we have a well-established tradition to enforce law in a fair and impartial manner and we will face all challenges and difficulties with fortitude," Kong stressed.

The Hong Kong police force has been the target of violent acts during the demonstrations which have lasted over two months. Many Hong Kong residents have called for calm to be restored.