A Hong Kong police bomb squad destroyed a World War I-era grenade found in a shipment of potatoes from France on Saturday. 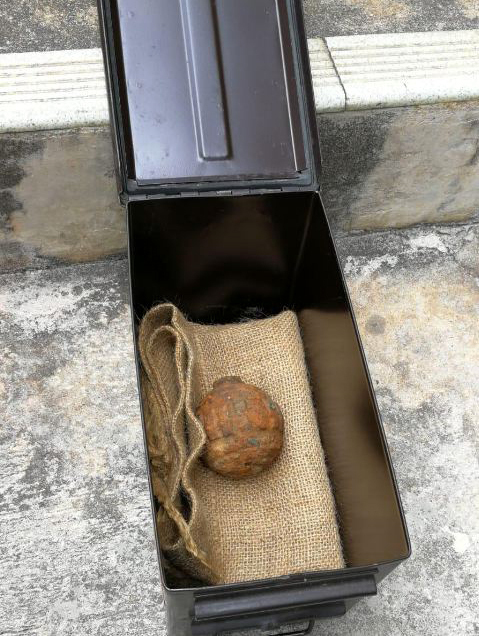 A World War I-era hand grenade is found in a shipment of potatoes from France on February 2, 2019. [Photo: China Plus]

According to a report by CNN, the Germany-made explosive was found at a potato chip factory in Hong Kong. Police said the grenade was imported from France together with the potatoes; there was no indication of criminal activity.

Police later detonated the grenade on site at the factory, and posted a video of the procedure on the "Hong Kong Police Force" twitter account.

No injuries were reported.