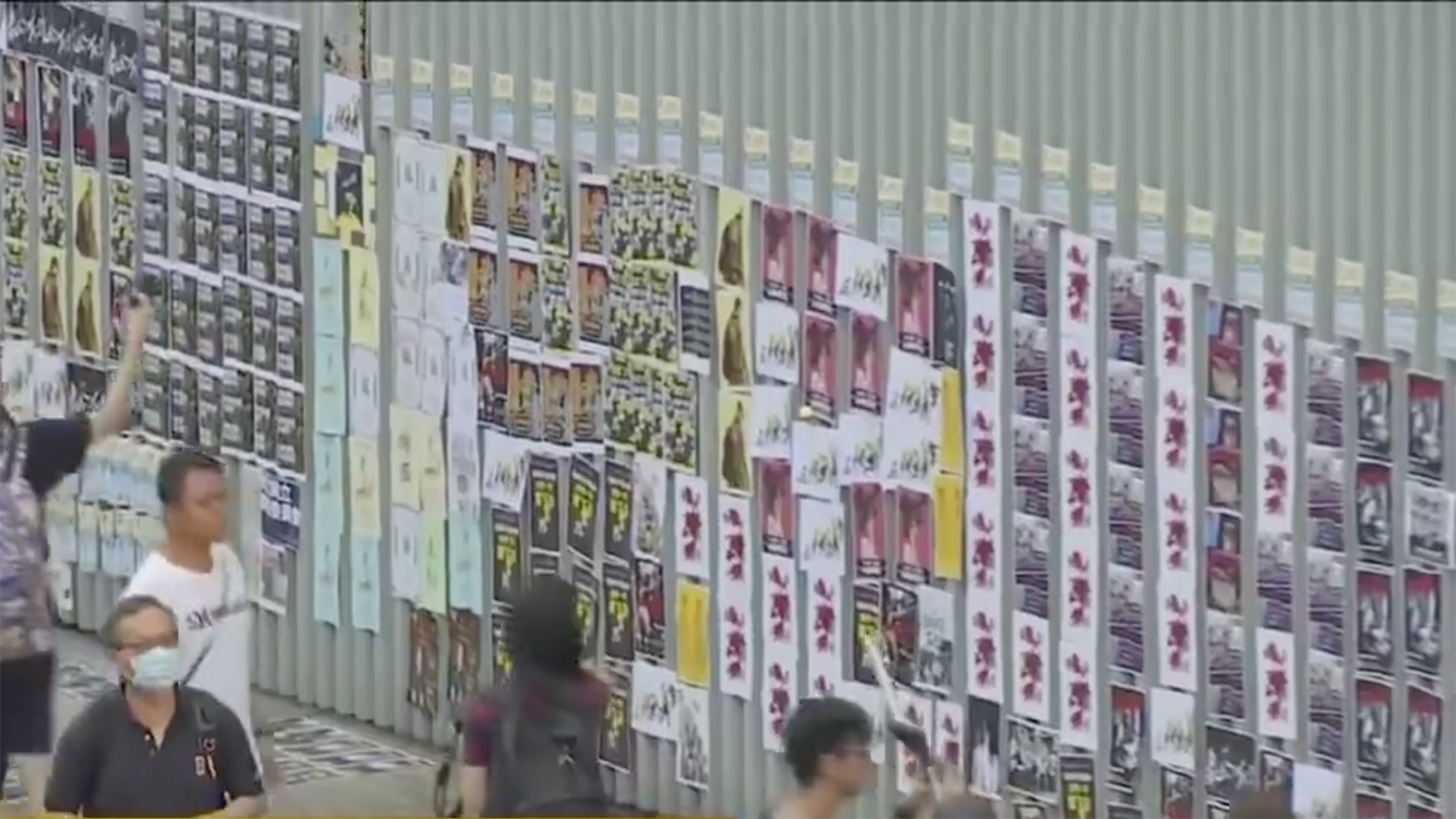 Hong Kong police have fired tear gas and water cannon at a group of protesters who hurled objects, including petrol bombs and bricks, at the Central Government building.

At around 7:30 p.m. Saturday, a large group of masked protesters blocked the carriageways in Harcourt Road and seriously paralyzed traffic.

Saturday's protest turned disorderly at around 6:30 p.m., which saw protesters charge police cordon lines and point laser beams at the entrance of Central Government Complex and a helicopter.

Police said they were forced to use "appropriate force" in response, saying protesters' actions posed threats to public safety and urged them to stop immediately.

Saturday also marked the fifth anniversary of the "Occupy Central" movement and some people gathered in the afternoon around Admiralty, pasting anti-government posters and vandalizing walls.

On the same day, the U.S. Congressional-Executive Commission on China issued a statement on the "Occupy Central" movement anniversary, citing "accelerated erosion of Hong Kong's autonomy, human rights, and freedoms."

Hong Kong has endured a months-long turmoil since June with rioters committing vandalism, assaults to both police officers and civilians, as well as multiple disruptions to public transportation including the city's international airport.

Some residents who participated in the first open dialogue with the SAR government on Thursday were also targeted by radical protesters. They had their personal information exposed, and were also threatened and harassed.

The SAR government spokesperson on Saturday condemned such privacy violation:

"No one, regardless of his stance, should be bullied or intimidated by his remarks. Only by respecting different views and seeking common ground while putting aside differences can Hong Kong embark on the road of reconciliation."