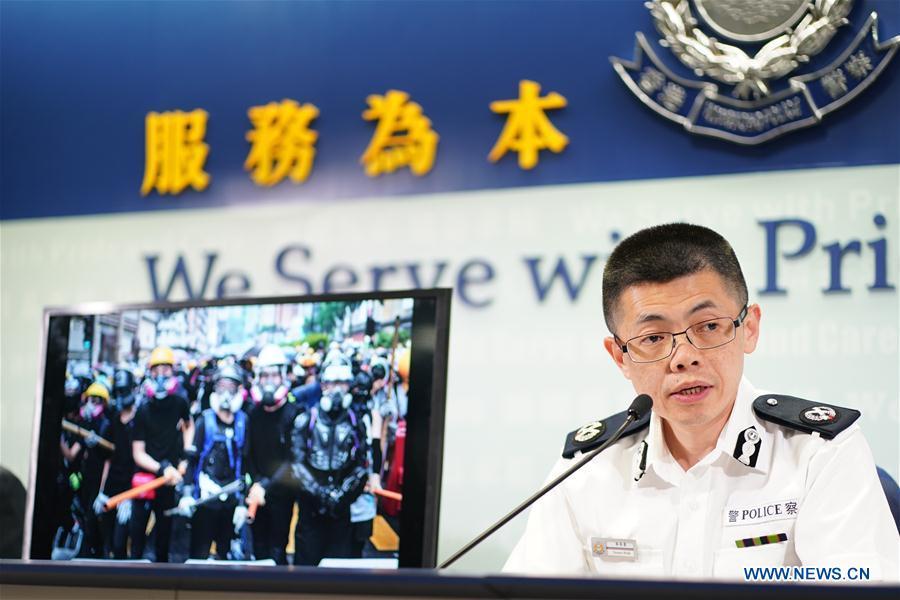 SAR force will 'definitely' get training, technical assistance from mainland

Hong Kong Special Administrative Region Secretary for Security John Lee Ka-chiu said the city's police force is ready to enforce the proposed national security law once it is enacted, and will form a designated investigation team to carry out the task.

During an interview with China Daily on Wednesday, Lee said the team, under the command of Police Commissioner Chris Tang Pingkeung, will "definitely" cooperate with its mainland counterparts in areas of training personnel, collecting intelligence and case analysis.

"To the Hong Kong police, this is a relatively new area," Lee said. "There has to be cooperation because it is national security. So, obviously, the enforcement agencies in our country, which know a lot more from the national angle, will of course be working together with our team."

The Hong Kong team will visit different jurisdictions to learn methods and procedures used in the specialized area of safeguarding national security, and about tactics enemies use to undermine it, Lee said.

Lee declined to disclose the size of the Hong Kong team or say whether it will include law enforcement personnel from the Chinese mainland.

On May 28, the National People's Congress, China's top legislature, approved the decision to enact a national security law for Hong Kong. The proposed law proscribes secession, subversion, terrorism and external interference in the affairs of the HKSAR, Lee said, adding that the move will facilitate the city's local legislation under Article 23 of Hong Kong's Basic Law.

Article 23 requires the HKSAR to enact laws that prohibit treason, secession, sedition and subversion against the central people's government, or the theft of State secrets. The laws should also prohibit foreign political forces from conducting political activities in the city and prohibit local political organizations from establishing ties with foreign counterparts. The city has failed to enact such laws since returning to China in 1997.

Lives to be improved

In addition, the city's security chief said, a favorable atmosphere will be built for legislation under Article 23. Hong Kong people will see that their lives are improved after this law, which gives them more protection, is promulgated and enforced.

He cited the development of the Chinese mainland after the National Security Law came into force in 2015. The number of US companies on the mainland jumped 41 percent from 2015 to 2018, while an increase of 33 percent was seen in the number of companies from the European Union during the same period.

Lee also pointed to the Macao SAR, which implemented its National Security Law in 2009 and has seen its GDP increase two-and-a-half times its pre-enactment size.

"People will know that the demonizing misinformation about Article 23 is actually a tactic for some to make political gain," Lee said. "There will be more support locally because people will find that everything is normal, business is as usual, and we are safer than before after we have the national security law. Therefore, why don't we enact laws under Article 23?"

While acknowledging that there is still no timetable for Article 23 legislation, Lee said he was optimistic that Hong Kong will follow through on its Basic Law requirement after the national security law is promulgated.

"Article 23 will be more rationally and sensibly debated and discussed in Hong Kong, and then the legislation process will be much smoother and more sensible," he said.

Lee said all the rights and freedoms Hong Kong residents enjoy under the Basic Law will still be upheld after the proposed national security law is enacted. When national security is guaranteed, Hong Kong can be guaranteed of being protected from interference from external forces, whose interests lie only in their own advantage, Lee added.