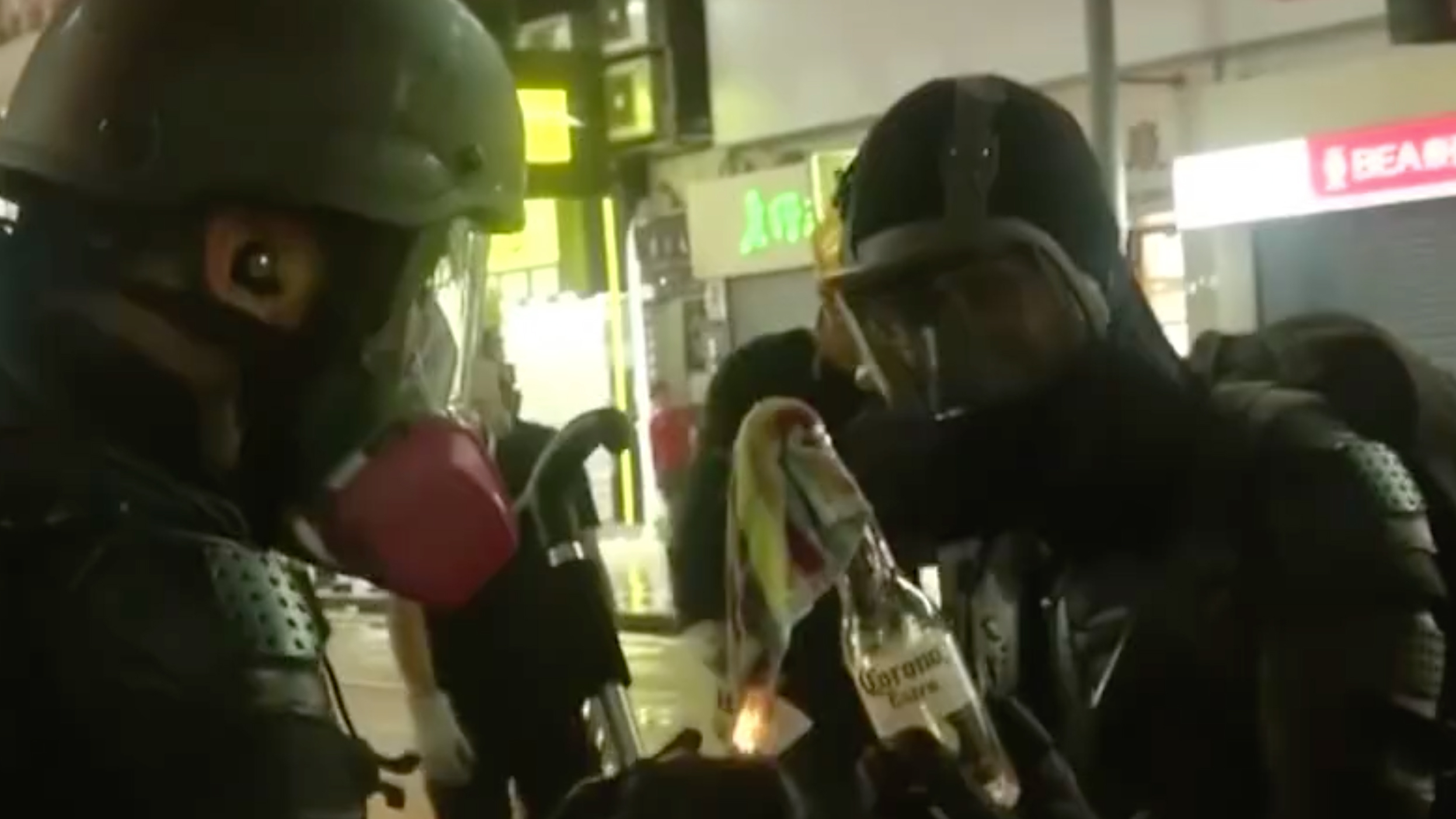 Police in Hong Kong Special Administrative Region (HKSAR) say they seized weapons over the weekend they suspect were going to be used in protests. The seizures came as law enforcers made a number of arrests across the city.

Axes, steel balls, corrosive liquids are some of the items confiscated by the police. Officers say six men and two women were arrested for possessing weapons, during an arrest operation at a store in Sai Ying Pun Saturday afternoon. Three other men were arrested at a hotel at Causeway Bay for possessing helmets, armors and gas masks.

Protesters on Saturday defied a police ban by occupying downtown roads. Black-clad rioters in masks and helmets attempted to storm the headquarters of the HKSAR government and the Legislative Council. They used slingshots to fire petrol bombs and other objects at the buildings before they set fires on the main street near the police headquarters.

Rioters hurled petrol bombs in various places, and attacked police officers with corrosive liquids and bricks. Heavy smoke and fire at Hennessy Road were very intense at one point, reaching the height of a bridge overhead.

Police said on Sunday 63 people were arrested during Saturday's riots: 54 men and nine women between the age of 13 and 36 for offenses including unlawful assembly and possession of explosives and offensive weapons.

Such violent events have been taking place since the protests began in early June. Police say they have reason to believe the suspects had made many of the weapons themselves.