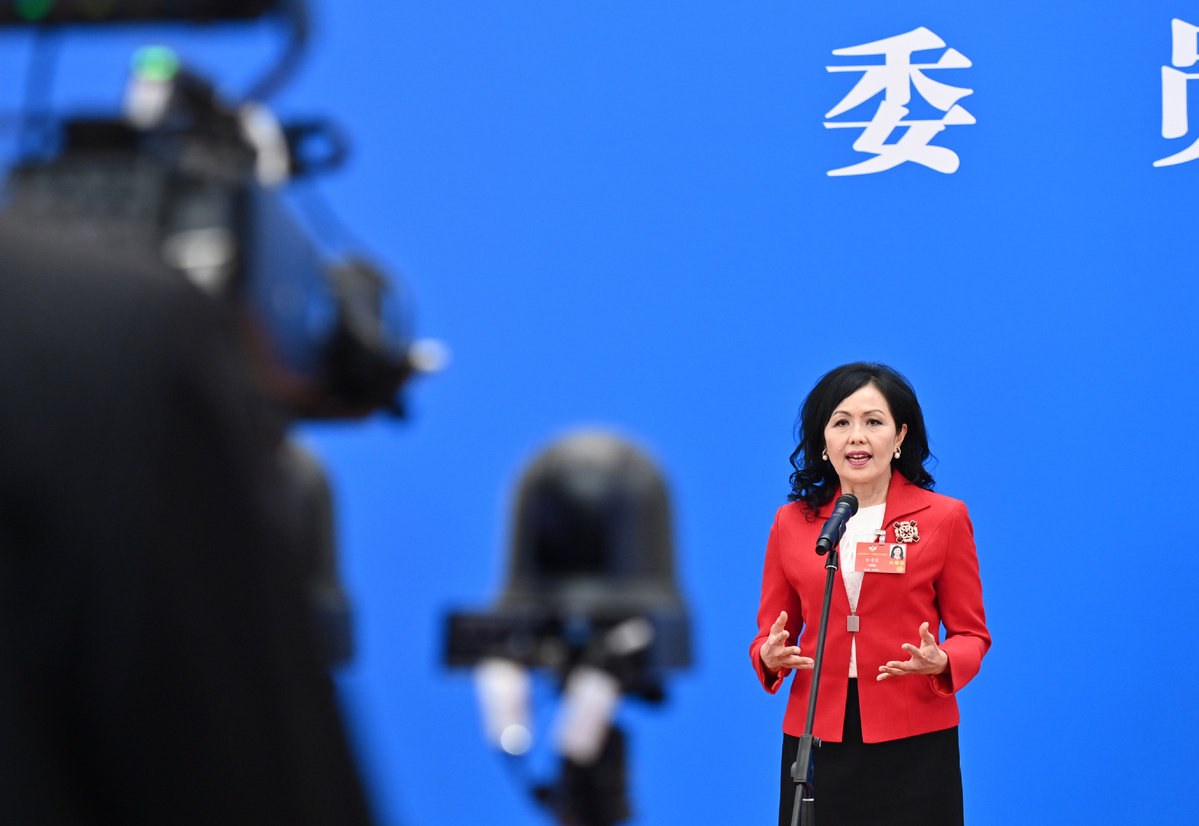 Eliza Chan, a CPPCC member from Hong Kong, answers questions in a sideline interview on May 27, 2020. (Photo: Xinhua)

National political advisers from the Hong Kong Special Administrative Region can play their role in interpreting the national security legislation for Hong Kong for the local people, Eliza Chan, a CPPCC member from Hong Kong, said on Wednesday.

"We firmly support the draft decision to establish and improve the legal system and enforcement mechanisms for the HKSAR to safeguard national security that was deliberated in this year's two sessions," said Chan, a member of the Chinese People's Political Consultative Conference National Committee, the country's top political advisory body, in a sideline interview on Wednesday.

The draft bill is necessary and timely for Hong Kong to stop violence, maintain social stability and achieve lasting peace and stability, as well as safeguard national security and interests, she said.

Chan said as a CPPCC member and also a lawyer in Hong Kong, she will publicize and interpret the draft decision to the local people, consolidating public support in Hong Kong.

According to Chan, the CPPCC members have been actively practicing the practice of "one country, two systems" principle in Hong Kong, supporting the SAR government in its governance in accordance with the law and actively participating in social and political affairs.