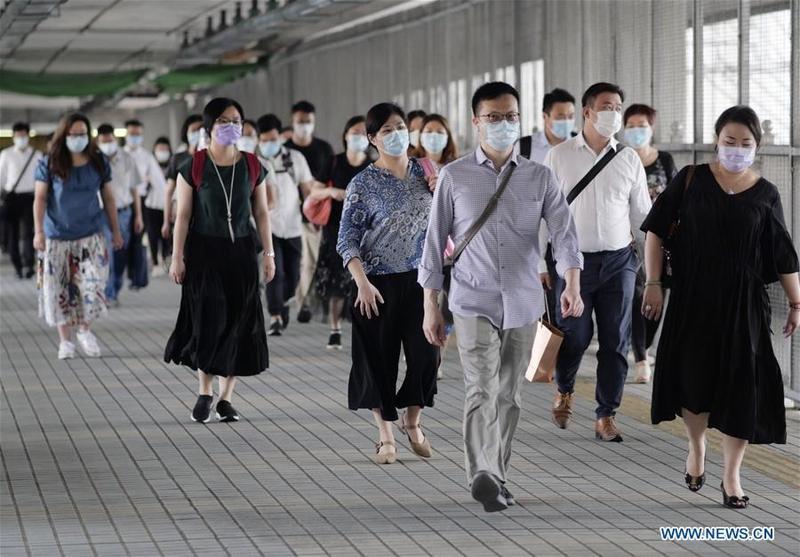 Hong Kong's free coronavirus testing will begin on Sept 1, as the government races to locate asymptomatic patients to tame the latest outbreak.

Residents who want a coronavirus test can register online and then visit temporary stations to have their nasal and throat swabs collected by health workers.

Unveiling the details on Friday, Chief Executive Carrie Lam Cheng Yuet-ngor said the citywide testing would have been impossible without the central government's assistance, which significantly boosted the city's testing capacity.

The central government is also helping build a community treatment facility with 1,000 beds at Asia World-Expo, as well as a two-floor temporary hospital with 800 beds near the Expo.

Also on Friday, a team of 50 medical professionals, selected from public hospitals in Guangdong province, arrived in Hong Kong to assist in the city's massive coronavirus testing, joining 10 other mainland health workers who had arrived in early August.

High-ranking officials from the special administrative region welcomed the team, expressing thanks to the central government's prompt support.

Lam appealed to residents to register for testing, which is expected to be completed within two weeks.

David Hui Shu-cheong, an infectious disease expert at the Chinese University of Hong Kong, said on a radio program that he hopes at least five million people can sign up for the tests, so that silent carriers can be traced and local transmission chains cut off.

Mandy Kwok, who works in the city's nonprofit sector, said the massive testing is a superior measure to fight the disease and she will take the test and encourage her family and friends to do so.

Joe Hung, a businessman in his 30s, said a quick return to normal life requires people's cooperation with the government's anti-epidemic strategies.

Lam said the numbers in the following week will be a key indicator whether the current local outbreak is steadily subsiding, and whether social distancing rules can be gradually lifted.

Hong Kong will introduce a "health code" system for people who plan to travel to the Chinese mainland once the local outbreak is brought under control, said Lam. On the mainland, a "health code" on cellphones indicates whether the holder is free from coronavirus, and is widely used before people enter public venues.

But Hong Kong's health code system, for travel purposes only, will include nothing except the holder's virus test result, according to the government.

Lam also dismissed the idea of presenting a health code before stepping into restaurants, saying it is not feasible considering Hong Kong's situation.