Protracted protests are weighing on Hong Kong's job market, as recruiters are finding it more difficult to lure overseas talent to work in the city and expatriates who already work there are considering leaving. 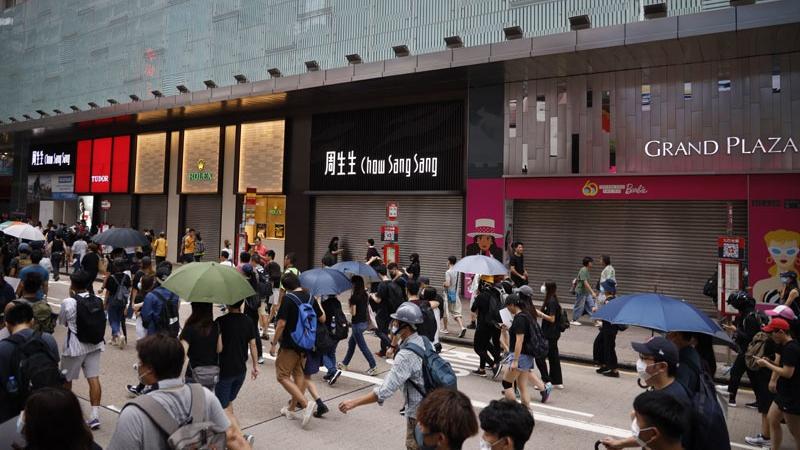 "Some companies do halt their hiring programs in Hong Kong amid the lingering protests as they stay on the sidelines to monitor market development," said Simon Lee Siu-po, program co-director at Chinese University of Hong Kong's International Business and Chinese Enterprise.

"Enterprises now think there will be political risk involved for relocating their staff to Hong Kong," he said, and if the turmoil is not settled in the near future, "some job positions may be diverted to other countries in the region".

According to Lee, some companies have canceled or delayed training programs scheduled to be held in Hong Kong due to the continuing protests.

Hong Kong is in its 12th week of protests, which were initially sparked by an anti-extradition bill amendment, although the amendment has since been suspended. Multinational companies are holding off on business expansions in Hong Kong, therefore making them less eager to send overseas expatriates to the city.

However, Lee says Hong Kong is still attractive as a regional talent hub, given its good institutional attributes such as rule of law, free flow of information and lack of corruption.

"If the government could seize the opportunity to solve long-term structural problems such as wealth disparity and affordable housing" when the turmoil is settled, the city could quickly restore its economic vigor and attract talent once again, Lee said.

Concerns about safety in Hong Kong are leading some job candidates from abroad to choose somewhere else.

Even when stability is restored, overseas expatriates might still need another half year or so to gauge whether the city is stable enough for career development, she said.

If the turmoil isn't settled soon, Chow said, "I am worried that even local talent may consider leaving the city" for work elsewhere, thus further weakening the talent pool.

Although reasons for the freeze were not cited, Leung said it showed employers have become unnerved by the city's continuing turmoil.

Margaret Fung, TMF Group's managing director for Hong Kong, said, "As a leading provider of international business administration services, we are constantly sensing the market and its dynamics, and we will continue to observe in case the situation changes."